President Donald Trump met with Russian President Vladimir Putin for the first time Friday at the G20 Summit in Germany, where leaders from more than a dozen nations are convening. Trump, who shook hands with Putin, previously wrote on Twitter that there was “much to discuss” with the Russian president. Meanwhile, there have been several clashes between police and people protesting the summit.

A U.S. war against North Korea would be “catastrophic” even though America would come out on top, said U.S. Secretary of Defense Jim Mattis, according to the Associated Press. Trump said he is considering “some pretty severe things” in how the U.S. might confront North Korea’s growing nuclear threats, although he did not offer further details.

France plans to ban sales of gas cars by 2040

France announced its plan to stop selling gas and diesel vehicles by 2040. The ambitious move is an attempt to curb pollution and highlights France’s commitments to the Paris climate accord.

Joan Lee, the wife of comics legend Stan Lee, has died at 93.

A puppy was abandoned at an airport with a heartbreaking note.

Pokémon Go was launched a year ago. Here’s why the game matters. 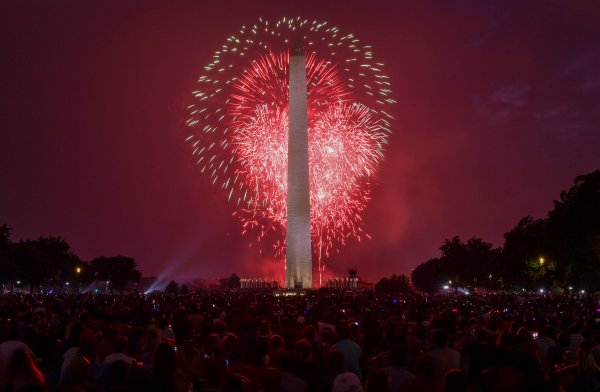