The death of Bran’s direwolf Summer in the fifth episode of Game of Thrones‘ sixth season means that only two of the Stark children’s original six pups are still alive. But while Ghost is safely with Jon at Winterfell, Nymeria hasn’t been seen since Arya sent her away in the beginning of season one.

As a refresher, Arya chased Nymeria away to prevent the Lannisters from killing her for attacking Joffrey after he threatened to “gut” Arya. Cersei then demanded that Ned execute Sansa’s direwolf Lady in her place. Nymeria hasn’t been mentioned on the show since, but in George R.R. Martin’s A Song of Ice and Fire series, there have been clues that she is roaming the Riverlands as the leader of a massive pack of feral wolves.

In fact, in the books, it’s Nymeria who pulls the corpse of Catelyn Stark out of a river following the Red Wedding, leading to her resurrection as Lady Stoneheart.

While it seems unlikely that Lady Stoneheart will come into play on the show, Arya is currently in the Riverlands — having just stopped by the Twins to cross Walder Frey off her kill list — which means a reunion with her beloved wolf is not out of the question.

Martin also hinted that Nymeria still has a role to play during an interview with Mashable in 2014. “You know, I don’t like to give things away,” he said. “But you don’t hang a giant wolf pack on the wall unless you intend to use it.”

Not to mention that in TIME’s recent Game of Thrones cover story, there is mention of “wolves described in the script as ‘skinny and mangy'” showing up to the season seven set, seeming to hint that Ghost won’t be the only wolf to make an appearance in the coming seven episodes. 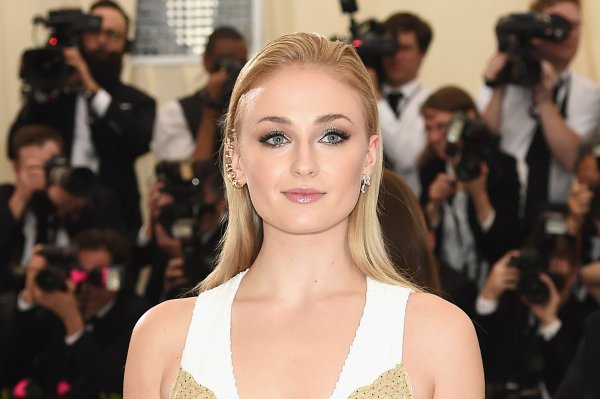 Sophie Turner: I Want Sansa Stark to Have ‘More Kills’ on Game of Thrones
Next Up: Editor's Pick