Why Life on Mars May Be Impossible

Mars is a lousy place to try to live—what with the paralyzing cold, the blistering radiation and the thin carbon dioxide atmosphere. That hasn’t stopped us from looking for life on Mars or from hoping to live there ourselves one day. The Red Planet was once a watery world like ours, after all, with oceans and seas and rushing river valleys. Microbial life that got started in those days could, scientists theorize, still be holding on in pockets today.

That theory may well be a good one, but the odds just got a lot slimmer. According to a new study in Scientific Reports, the Martian soil itself may be toxic to bacteria. Any microorganisms that could have emerged in the past would be poisoned to death today.

When the Viking 1 and 2 spacecraft landed on Mars in 1976, they detected what appeared to be perchlorates in the Martian soil, and three subsequent spacecraft, including the Curiosity rover, which is still hard at work on the Red Planet, confirmed that finding. A highly oxidized form of chlorine, perchlorates can serve as an energy source for bacteria—a simple food that helps them live off the land. What’s more, like common salts, perchlorates lower the melting point of water, allowing it to exist in life-friendly liquid form. The problem is, perchlorates can also be toxic to bacteria, depending on the presence of ultraviolet radiation—which, unfortunately, bathes Mars continuously.

To determine whether the compound is a good thing or a bad thing for life, postgraduate student Jennifer Wadsworth and professor Charles Cockell, both of the University of Edinburgh’s School of Physics and Astronomy, decided to create a little bit of Mars in the lab to see if a type of common Earthly bacterium—Bacillus subtilis—survived. Wadsworth and Cockell first steeped the bacteria in a watery solution of magnesium perchlorate, the type most commonly found on Mars, and in roughly the same concentrations. They then exposed it to ultraviolet radiation in the same general wavelength as that which bathes Mars. The standard they used to measure how the bacteria fared was as generous as it could possibly be: viability was considered anything more than zero surviving cells.

Even that low bar, however, was impossible to clear on the simulated Mars. The irradiated cells in the perchlorate solution were completely sterilized within 30 seconds. Radiated cells without the perchlorate did better, but not meaningfully so: it took just 60 seconds for the colony to be wiped out.

Actual cells on the actual Mars, however, might have an edge, because liquid water does not pool on the surface. To approximate Mars more closely, the researchers next deposited the cells within simulated rocks—actually silicate disks—in a dry perchlorate environment. Those cells fared better when they were hit with radiation, with the number of surviving bacteria falling 9.1 fold—bad, but better than the 100% wipeout. Cells bathed in radiation without the perchlorate experienced just a two-fold fall-off. There is nothing chemically protective about the silica, the researchers believe; it’s simply that it’s harder for the radiation to penetrate the solid disks.

Overall however, Wadsworth and Cockell wrote, “the surface of Mars is lethal to vegetative cells and renders much of the surface and near-surface regions uninhabitable.”

But “much” of the surface isn’t all of the surface, and there are a few things that work in the bacteria’s favor. For starters, there’s the cold. The investigators initially conducted their experiment at a comfortable 77° F (25° C), a temperature at which the bacteria succumbed fast. But when they dropped it to just over 39° F (4° C), the bacterial loss was reduced tenfold. Peak surface temperatures on Mars can reach nearly 76° F (22° C), but average temperature across the planet is a vastly colder -67° F (-55° C).

Somewhere between the too-warm temperature at which the perchlorate would be deadly and the too-cold point where bacteria would freeze to death anyway, there should be a comfort zone. Other variables, such as the concentration of perchlorate—which is not consistent everywhere on Mars—and protection that subsurface bacteria would have from ultraviolet radiation might also allow for pockets of life.

If there was any upside to the findings, it was in the type of cells Wadsworth and Cockell used in their study. Bacillus subtilis are among the commonest Earthly bacteria that can contaminate spacecraft before they leave the ground. The fear has always been that if they survived the interplanetary trip, the cells could contaminate Mars too, perhaps outcompeting native organisms. The fact that Mars is so unfriendly to at least this one type of life is very good news. The fact that it could be similarly hostile to all life is decidedly less so. 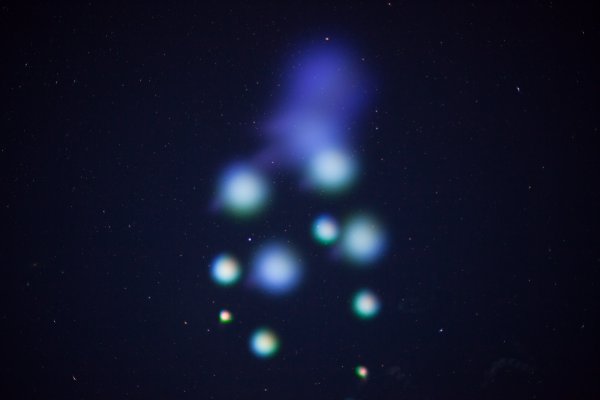