This Photo May Prove Amelia Earhart Survived Her Final Flight

Famed aviator Amelia Earhart may have survived her round-the-world attempt only to be later captured by Japanese forces, according to a newly discovered photograph.

Investigators behind a new History channel documentary believe the trailblazing American pilot is pictured in a photo found in a National Archives file. The image purportedly shows Earhart alive after her plane fell low on fuel during her mission to become the first woman to circumnavigate the globe.

The photo depicts a woman, believed to be Earhart, and a man who closely resembles her navigator, Fred Noonan, on a dock. A Japanese ship can be seen in the background carrying what appears to be Earhart’s plane.

Earhart was the first woman to fly solo across the Atlantic Ocean, achieving the feat in 1932. She vanished somewhere over the Pacific Ocean on July 2, 1937, after her plane ran low on fuel on her round-the-world trip. Her fate has been debated for decades and has sparked several conspiracy theories. 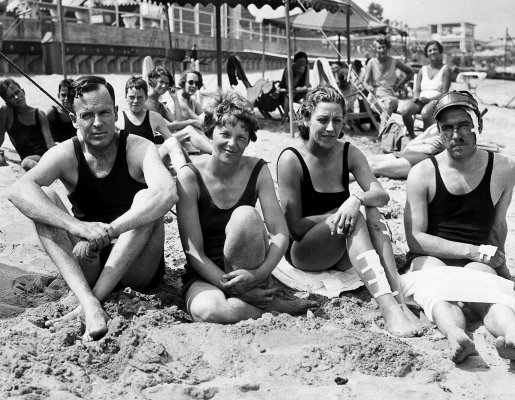 Inside Amelia Earhart's Life and the 80-Year Search for the Trailblazing Pilot
Next Up: Editor's Pick