The Only Thing Stopping a War With North Korea Is 'Self-Restraint,' U.S. General Says

A top general in South Korea said “self-restraint” is the only thing keeping the U.S. and South Korea out of war with North Korea.

Vincent Brooks, the commander of American troops based in Seoul, made his comment the same day that the U.S. and South Korea conducted a joint missile exercise, prompted by North Korea’s test-launch of its first intercontinental ballistic missile.

“Self-restraint, which is a choice, is all that separates armistice and war,” Brooks said in remarks reported by the New York Times. He was referring to the Korean Armistice Agreement that suspended the Korean War in 1953. “As this alliance missile live-fire shows, we are able to change our choice when so ordered by our alliance national leaders. It would be a grave mistake for anyone to believe anything to the contrary.”

President Trump criticized North Korean leader Kim Jong Un in the wake of the test and urged China to “put a heavy move on North Korea and end this nonsense once and for all!” 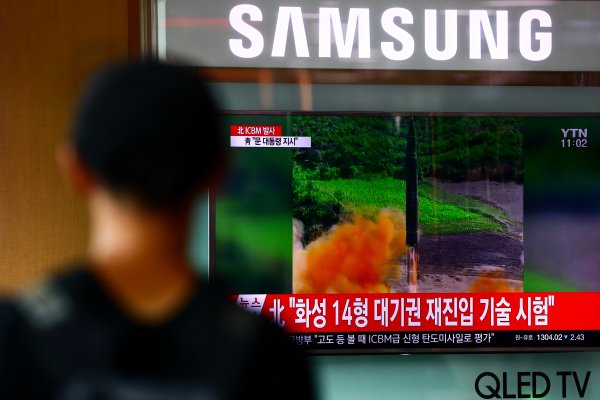 ICBM Test Could Be Turning Point for North Korea
Next Up: Editor's Pick