‘This Is Insane.’ Video Shows Wild Monkeys Chasing Away Family in Florida

Wild monkeys in Florida can be seen on video chasing away and hissing at a group of people, including a young boy who gleefully captured the encounter as he fled.

The animals were spotted at Silver Springs State Park in Ocala, Fla., according to the footage, which was posted on YouTube on Sunday. Rhesus macaques have lived in the state park for more than 75 years, the Orlando Sentinel has previously reported.

The young boy screams and laughs as he sees the monkeys growling, hissing and jumping back and forth on wooden perches. “The monkeys are attacking!” he says. “Run! Run!”

However, the monkeys do not appear to make contact with the human visitors throughout the video. The animals can be heard making threatening noises and do appear to chase away the people who had apparently come too close.

It’s unclear what prompted the change in behavior among the monkeys, which are “exceptionally adapted to coexisting with humans” in both rural and urban areas, according to the National Primate Research Center at the University of Wisconsin-Madison. The short and edited video cuts out what may have provoked the pack.

Florida State Parks did not immediately return a request for comment.

“This is the craziest thing that’s ever happened to me,” the boy says. “This is insane.” 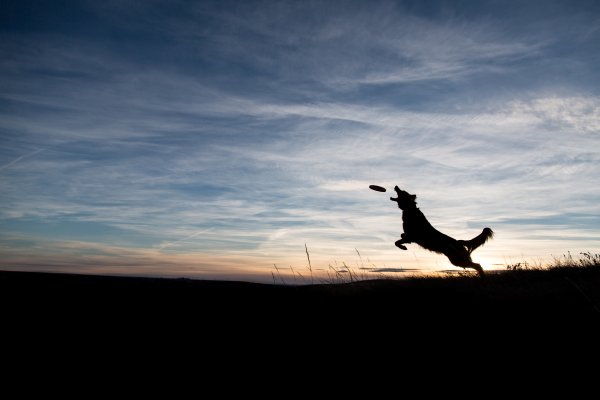 Watch This Dog Casually Walk on Stage During a Live Orchestra Performance
Next Up: Editor's Pick