The creator of the insanely viral Ice Bucket Challenge, who himself suffers from Lou Gehrig’s disease or ALS, is back in the hospital. Family members of former baseball player Pete Frates shared reports on his health status on Facebook and Twitter over the weekend.

Nancy Frates, Pete’s mom, shared a post early Sunday that noted he was back in the hospital and “battling this beast ALS like a Superhero.” On Monday, she posted again on both Twitter and the Team FrateTrain Facebook page, saying Pete is “resting comfortably” at Massachusetts General Hospital.

Pete served as the captain of Boston College’s baseball team and played overseas in Germany. At age 27, he was diagnosed with ALS, according to the Boston Herald. In 2014, two years into Pete’s battle with the disease, he became the face of the viral challenge that led millions to dump buckets of ice water on their heads. The viral sensation was also a huge fundraising boon for the ALS Association, which raised $115 million in two months.

Most Popular on TIME
1
TikTok Teens Are ‘Going to War’ Against the Trump App
2
With No End in Sight to the Coronavirus, Some Teachers Are Retiring Rather Than Going Back to School
3
N. Korean Leader’s Sister: No Reason for Trump-Kim Summit 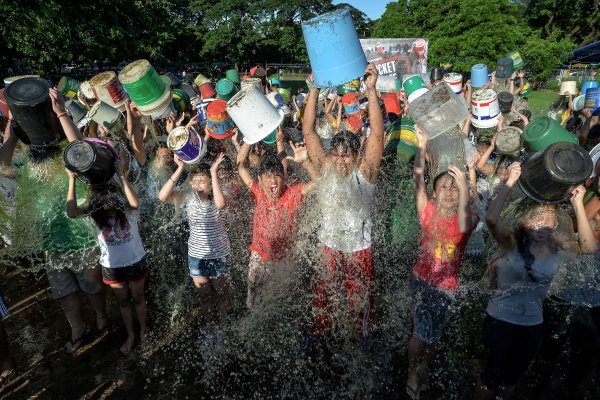