A social media storm is blowing around New Jersey Governor Chris Christie after photos showed him appearing to relax on a state beach with his family on Sunday. A few days earlier, Christie had closed the state’s beaches and parks to the public after hitting a deadlock over budget allocation.

The photos, obtained by local news site NJ.com, show Christie on a deck chair among beach towels, cooler boxes, and sun-bathing family members at the Island Beach State Park, where the state keeps a beach house residence for the governor’s use.

According to NJ.com, at a press conference later on Sunday afternoon Christie was asked whether he’d gotten any sun that day. He said he had not. After being informed of the photographs, Christie’s spokesperson Brian Murray acknowledged the governor had been at the beach “briefly” before heading to the office. “He did not get any sun,” Murray said. “He had a baseball hat on.”

On Saturday, Christie defended his use of the beach during the shutdown, saying to a reporter: “That’s the way it goes. Run for governor, and you can have the residence.”

The shutdown, the second in New Jersey’s history, has closed the state’s beaches, parks, tourist attractions and other public amenities. Although it does not effect essential services such as schools and hospitals the shutdown has drawn considerable flak in the run-up the July 4 weekend, which typically brings holiday business to the state. 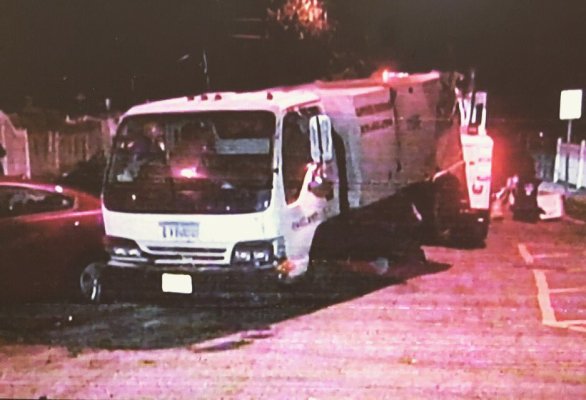 Police Are Searching for a Man Who Stole a Street Sweeper and Went Joyriding
Next Up: Editor's Pick