The season six finale of Game of Thrones seemed to confirm the fan-favorite R+L=J theory — i.e., that Jon is not the illegitimate child of Ned Stark but rather the son of his sister Lyanna and Rhaegar Targaryen — during a flashback scene in which a time-traveling Bran Stark witnessed Jon’s birth at the Tower of Joy.

However, while Bran is (possibly) the only person alive who knows this piece of history, there may be another way for Jon to discover his true parentage.

During the “We the North: The Starks of Winterfell” panel of Con of Thrones — a new Game of Thrones fan convention — the hosts discussed the possibility of Jon learning about his Targaryen heritage from Daenerys’ dragons.

“How cool would that be for the dragons to recognize [Jon],” asked YouTube personality Rawrist. “He’s a dragon seed at the very least — he has Targaryen blood in him. If he went to the dragons and one of the dragons came to him — especially [Rhaegal], the one named after his biological dad — and the dragon recognizes him and bows its head and lets him get on it…”

Read more: How they make the greatest show on earth

This could potentially also lend credence to the theory that Jon is one of the prophesied figures known as the three heads of the dragon: one of three people who will eventually ride Dany’s three dragons. (Thanks to Tyrion’s friendly introduction to Rhaegal and Viserion last season, some believe he would complete the trio.)

Of course, all of this is dependent on Jon actually coming in contact with the dragons, meaning he will have to make his way south to rendezvous with Daenerys after she finally arrives in Westeros — a moment fans have been waiting for since the very first season. 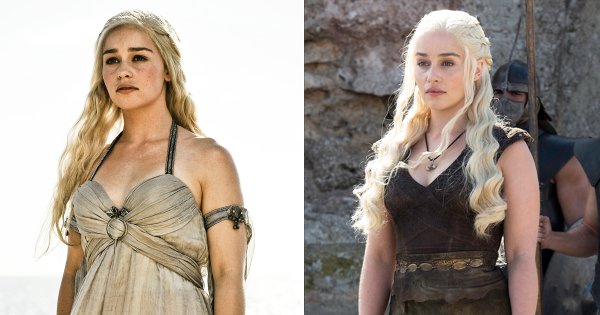 See How Daenerys Targaryen Has Changed Over Six Seasons of Game of Thrones
Next Up: Editor's Pick