Wes Moore: The War on Poverty Has Become a War on the Poor

I grew up on the brink of poverty in Baltimore and the Bronx during the ’80s and ’90s. I remember those streets you couldn’t pass through after dark, navigating them at a dead sprint, trying to get home safely and without getting in trouble with my mom. Living in a chronically neglected community felt like living in a state of constant siege.

Poverty is a horrible, bedeviling force that invades and infects every aspect of our lives and communities – our homes, our pantries, our schools, our careers, and our health. More than a half century ago, President Lyndon B. Johnson called for exactly the level of effort it will take to end the plague of poverty in the United States – “an unconditional war on poverty.” As a veteran of the War in Afghanistan, I know firsthand the level of effort that America commits to winning wars. But in the 53 years since Johnson’s historic pledge, America has abandoned that commitment and that responsibility. The result is that we are no closer to victory now than we were before. Since 1973, the rate of our neighbors living in poverty has barely budged while our economy has more than doubled.

Worse yet, what was once a war on poverty has become a war on the poor. I say this not to cast judgement on any particular administration or political party. From the housing policies of the ’70s, through the taxation policies of the ’80s, the welfare and criminal justice reform efforts of the ’90s, the education policies of this decade, to this new proposed health care bill; America has a shameful history of instituting policies that have put people into poverty and kept them there.

We need to be abundantly clear on this – people living in poverty are the victims, not the perpetrators of it. Poverty is not a state of mind, and escaping concentrated and generational hardship is an unimaginable mountain to climb. For me, my mother worked three jobs and scraped and sacrificed to keep us afloat, and even then, I needed a lottery’s worth of luck to get where I am today. This nation needs a battle plan so our poor citizens can fight their way into prosperity. Instead, after decades of inconsistent policies and disparaging rhetoric, the 45 million Americans living in poverty today are more vulnerable than at any point in this nation’s history.

In New York City alone, there are 1.8 million people living in poverty. In the Bronx, where I was once a child, the rate of child poverty is two in five. If the poor residents of New York formed their own city, it would be the fifth largest in the United States. Robin Hood, the organization I am now proud to lead, has been dedicated to fighting poverty for nearly 30 years. And it is not only us; other great philanthropic organizations like the Ford Foundation, the Edna McConnell Clark Foundation and the Open Society Foundations have invested heavily and substantively into this fight. On our end, our over 200 community partners are brave frontline soldiers who never abandoned this war on poverty – teachers, nurses, social workers, faith leaders, job trainers, and volunteers.

But they cannot – and should not have to – wage this war alone. Robin Hood’s long history fighting poverty proves targeted philanthropy and impactful charity have an important role to play, but are not enough to turn the tide of this war. The chronic and systemic nature of poverty does not exist because there is not enough philanthropy; it exists as a direct result of failed policies. We must fight the war on poverty in a manner that reflects the great American spirit: with impatience, investment, and unwavering resolve.

This is a war worth fighting; and amid further setbacks in the fight against poverty, it is time for a new call to arms. Poverty is a 50-state crisis that afflicts urban and rural Americans of every color, creed, and political affiliation. People in poverty neither need nor want sympathy – they need empathy backed up by action. We must revise policies that have permitted poverty to fester and grow, and adopt new ones that confront it head-on. That means making sure families and children do not go hungry, it means making sure a child’s access to quality education does not depend on their zip code, and it means making sure people who are incarcerated have the tools they need to re-enter society when they come home, among so many other imperative efforts. America doesn’t fight wars with the intention of making a point – we fight wars to win, and the war on poverty should be no different. 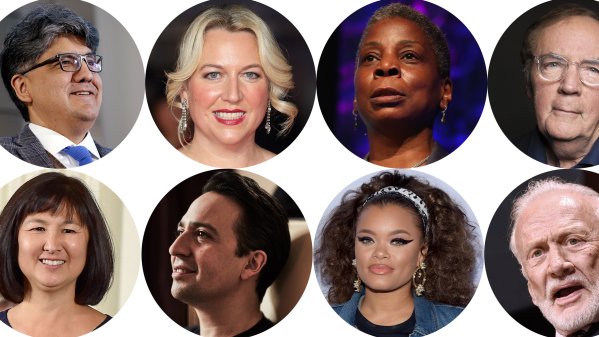 What These Celebrities and CEOs Learned From Their Summer Jobs
Next Up: Editor's Pick