Scott Pruitt, administrator of the Environmental Protection Agency, is reportedly launching a program within the department to “critique” mainstream climate science, a senior administration official said, according to reports.

The initiative, reportedly set to be coordinated by government-recruited experts, will attempt to offer a “back-and-forth critique” of climate science utilizing military-style exercises that identify potential vulnerabilities in field operations, according to environmental trade publication E&E News.

“The administrator believes that we will be able to recruit the best in the fields which study climate and will organize a specific process in which these individuals … provide back-and-forth critique of specific new reports on climate science,” the official said, according to E&E News.

“We are in fact very excited about this initiative,” the official reportedly added. “Climate science, like other fields of science, is constantly changing. A new, fresh and transparent evaluation is something everyone should support doing.”

A spokesperson from the EPA declined a request for comment.

Pruitt, a Senate-confirmed nominee of President Donald Trump, has repeatedly rejected claims of established climate change data that has been widely-accepted by scientists.

“I think that measuring with precision human activity on the climate is something very challenging to do and there’s tremendous disagreement about the degree of impact, so no, I would not agree that it’s a primary contributor to the global warming that we see,” Pruitt said on CNBC’s Squawk Box back in March.

“But we don’t know that yet,” he added. “We need to continue the debate and continue the review and the analysis.” 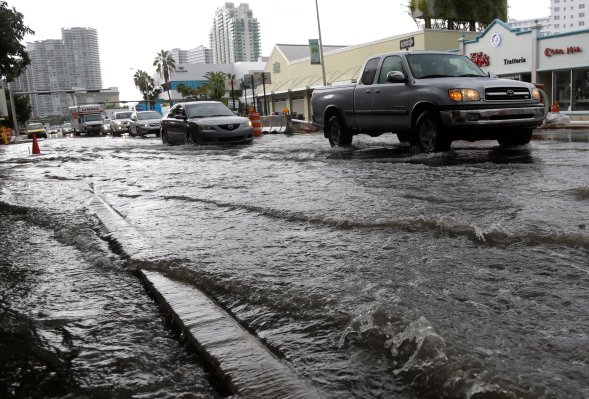 See What Happens to Your City if We Don't Stop Climate Change
Next Up: Editor's Pick