President Trump Says He’s Sending ‘The Feds’ to Fight Crime in Chicago. Here’s What He Means

President Trump tweeted Friday that he is “sending in Federal help” to fight gun violence in Chicago. That federal help, it turns out, is in the form of 20 ATF agents.

Chicago city officials said Friday that 20 agents from the Bureau of Alcohol, Tobacco, Firearms and Explosives were arriving to help the city reduce crime after years of rising murder rates.

“Six months ago we made it clear that we would welcome additional federal support, and six months later we appreciate the 20 new ATF agents that are now arriving,” Adam Collins, a spokesperson for Mayor Rahm Emanuel, said in an email.

Over the last few years, homicide rates in Chicago have reached levels not seen in the city in decades. In 2016, 762 people were killed, a 58% rise from the previous year. The number of murders was more than New York City and Los Angeles combined. The 2016 homicide rate of 27.7 murders per 100,000 was the city’s highest since the mid-1990s. The number of murders in Chicago accounted for almost half of the total increase in homicides last year in the biggest 30 U.S. cities.

Read more: What President Trump’s Threat to ‘Send in the Feds’ Could Mean for Chicago

Just four days after his inauguration, Trump tweeted that he would “send in the Feds” if Chicago didn’t reduce the “horrible ‘carnage’ going on.” Some experts said he appeared to be suggesting bringing in the National Guard.

On Friday, the President tweeted again that crime in Chicago has “reached such epidemic proportions that I am sending in Federal help.”

According to the Chicago Tribune, that number is actually 1,760, but is lower than it was at this time last year. Collins, the spokesperson for Mayor Emanuel, said the progress Chicago Police have made this year “happened without any of the new resources from the federal government we requested.”

Officials with the mayor’s office said that the additional ATF agents come from a request the city made to the Obama administration last summer.

The arriving ATF agents will work alongside local police to form the Chicago Crime Gun Strike Force, which will focus on combatting gun trafficking using ballistics technology. Roughly 40 ATF agents have already been working with local and state police on reducing gun violence in the city.

The announcement comes ahead of July 4, often one of the deadliest periods in Chicago. Last year, more than 60 people were shot and four were killed around the holiday. 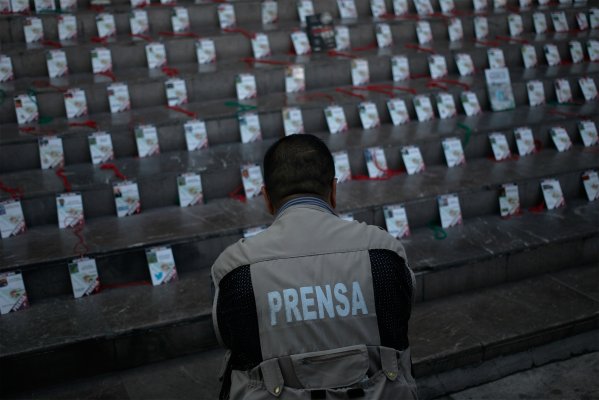