Here's When You Can Play 'StarCraft' With Glorious 4K Graphics

It’s happening again, and soon: You can have StarCraft: Remastered, a visually reworked version of the legendary 1998 real-time strategy game that’s become an exalted eSport, on August 14 for $14.99. That includes the expansion pack, StarCraft: Brood War.

Is it really the same game? Yes and no. As every unit, building and environmental backdrop has been upgraded to the sort of crisp, filigreed levels you’d expect from units, buildings and environments in a 2017 game (including support for widescreen display ratios and ultra-high-definition 4K graphics), it looks quite different from the original. Blizzard also re-recorded all the audio, added illustrated interludes and modernized the game’s online features with stuff like leaderboards, stat tracking and cloud saves. No casual observer would mistake it for the 1998 original, in other words.

But strip the shiny window dressing away — you can do so with the tap of a button, cycling between old and new visuals at leisure — and it’s still the same tactical experience, with gameplay that’s identical to the original. So identical, in fact, that you can cross-play between the original (available for free) and remastered versions. Blizzard reportedly worked with StarCraft eSports champs to ensure the game remained faithful in all the ways that matter.

What’s a real-time strategy game? If you’re not certain, fair enough. The genre’s halcyon “mainstream gaming” days are behind us, though as Blizzard loves to point out, the original StarCraft‘s number of concurrent players is still robust. As eSports go, there’s no lack of interest in the genre’s offshoots. And who knows where things go if StarCraft: Remastered catalyzes professional interest in the Brood War scene. It’s certainly going to be an interesting summer. 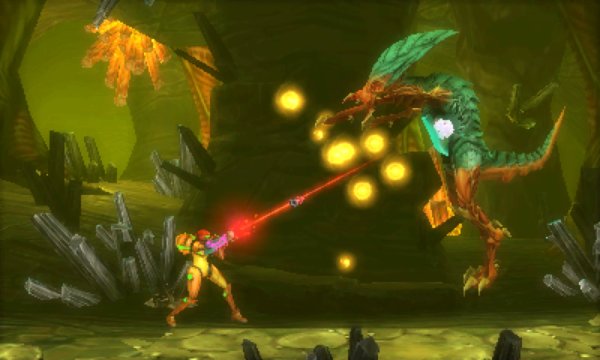 Metroid: Samus Returns Is Exactly the Metroid the 3DS Needs
Next Up: Editor's Pick