President Donald Trump’s voter fraud commission has asked every state to provide personal data on all registered voters going back to 2006— and some states are not happy about it.

California, New York and Virginia have said they will refuse to comply with the request, and Connecticut said it would withhold protected data. In a June 28 letter, Kris Kobach, vice chair of the Presidential Advisory Commission on Election Integrity, asked for names, addresses, birth dates, Social Security information, voting history and military status, among other information.

The letter did not explain what the commission will do with the information, but asked states to deliver the data by July 14 and said everything would be made available to the public.

California’s Secretary of State Alex Padilla called the election commission a “waste of taxpayer money.” Trump created the commission after claiming — with no evidence — that millions of people voted illegally during the 2016 presidential election.

“I will not provide sensitive voter information to a commission that has already inaccurately passed judgment that millions of Californians voted illegally. California’s participation would only serve to legitimize the false and already debunked claims of massive voter fraud made by the President, the Vice President, and Mr. Kobach,” Padilla said in his statement. “The President’s Commission is a waste of taxpayer money and a distraction from the real threats to the integrity of our elections today: aging voting systems and documented Russian interference in our elections.”

New York Governor Andrew Cuomo said in a tweet that his state would also deny the request, and that New York “refuses to perpetuate the myth voter fraud played a role in our election.”

The Democratic governor stressed that there is no evidence of voter fraud in Virginia and added that the only issue he saw in 2016 was the evidence of Russian interference, which is still being investigated.

“This entire commission is based on the specious and false notion that there was widespread voter fraud last November. At best this commission was set up as a pretext to validate Donald Trump’s alternative election facts, and at worst is a tool to commit large-scale voter suppression,” McAuliffe’s statement said.

Kobach, who is also the Kansas Secretary of State, has a history of being concerned about voter fraud, according to the Kansas City Star. He has championed some of the strictest voting laws in the country, and has been accused of exaggerating fraud in the past.

He told the Star on Thursday that criticism of his letter requesting voter data was “complete nonsense.” 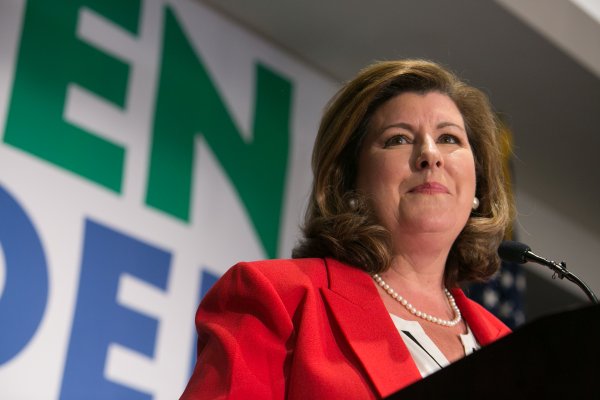 Karen Handel’s Victory in Georgia Was Bigger Than Trump’s
Next Up: Editor's Pick