The House of Representatives on Thursday passed two immigration bills that help President Donald Trump in his fight against illegal immigration and sanctuary cities.

The bills — Kate’s Law and the No Sanctuary for Criminals Act — raise the penalties for undocumented immigrants who re-enter the United States after being deported and revoke federal grants from cities that do not comply with federal immigration enforcement.

Both bills passed largely along party lines after Republicans, including the President, heavily promoted them. Trump tweeted five times on Thursday to express his support for the pieces of legislation, once saying “MAKE AMERICA SAFE AGAIN” and other times saying he hopes the Senate will follow the House’s lead.

Democrats have sharply criticized the bills, saying they will have a negative effect on public safety and ratchet up fear among all immigrants. But Trump was happy with the House’s progress on Thursday, releasing a statement saying the legislation fulfilled promises he made while campaigning.

“The implementation of these policies will make our communities safer. Opposing these bills, and allowing dangerous criminals back into our communities, our schools, and the neighborhoods where our children play, puts all of us at risk,” the President said in his statement. “Now that the House has acted, I urged the Senate to take up these bills, pass them, and send them to my desk. I am calling on all lawmakers to vote for these bills and to save American lives.” 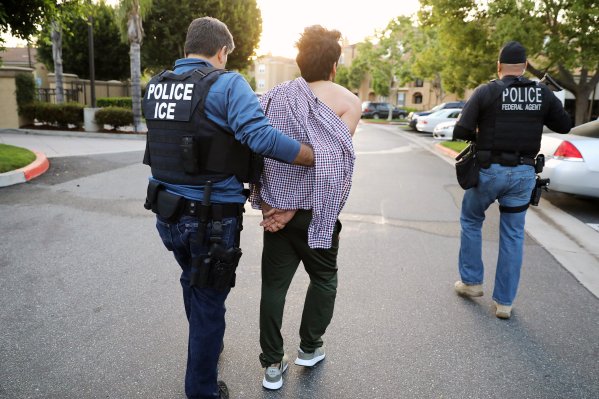 Going After the 'Really Bad Dudes'
Next Up: Editor's Pick