MSNBC hosts Mika Brzezinski and Joe Scarborough blasted President Donald Trump in an op-ed and again on air Friday morning, in which they said Trump “is not mentally equipped” to watch their show Morning Joe. The remarks came after Trump, in a pair of tweets, attacked Brzezinski’s intelligence and appearance. The President said the “low I.Q.” TV host was “bleeding badly from a face-lift” around New Year’s Eve. His tweets drew widespread criticism from even Republican lawmakers. Brzezinski said on air that Trump “appears to have a fragile, impetuous, childlike ego.”

Germany lawmakers have voted to legalize same-sex marriage. While Chancellor Angela Merkel voted against the measure, she said she hopes it “will also bring about more peace and cohesion in society,” according to The Guardian.

Jay Z has unveiled 4:44, his first album in almost four years, which is streaming on TIDAL. In one of his new songs, the rapper appears to apologize to his superstar wife Beyoncé for his alleged cheating.

There are only three years left to prevent a climate disaster, scientists say.

Tennis star Venus Williams was at fault in a fatal car crash, according to police. 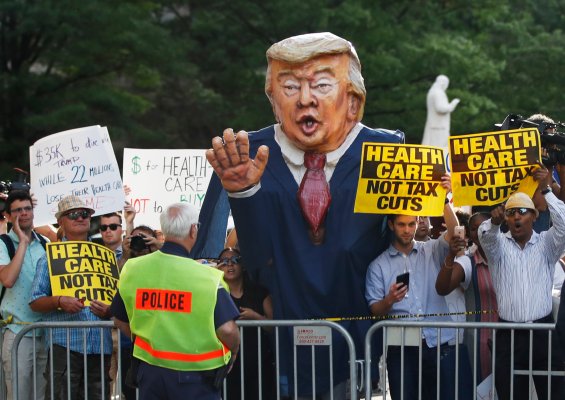