Londoners Are Leaving Jars of Marmalade at a Paddington Bear Statue

A statue of Paddington Bear in central London has become a shrine to the late children’s author Michael Bond, with fans leaving flowers and jars of marmalade.

The bronze sculpture of the children’s book character, found on platform 1 of the train station that lent its name to the beloved bear, has been adorned with flowers and jars of Paddington’s favourite food.

“A wise bear always keeps a marmalade sandwich in his hat in case of emergency,” is one of Paddington’s most famous lines.

Another Instagram user posted a similar picture, saying: “Paddington looks after tributes to the author and his creator Michael Bond who died yesterday.”

Bond died at his home on Tuesday after a short illness, his publisher, HarperCollins confirmed. 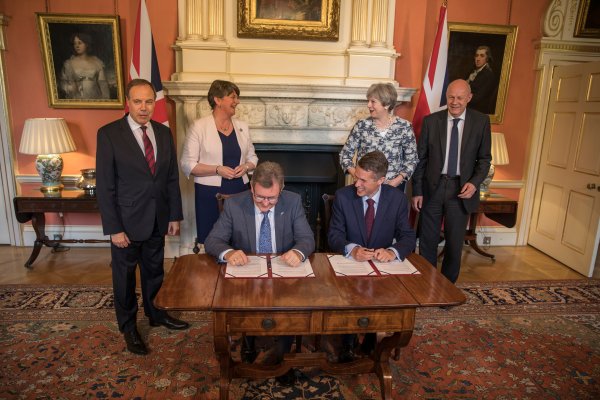