The Stock Market Is Rigged. So What!

Wall Street is rigged. That’s the thesis behind Flash Boys: A Wall Street Revolt by Michael Lewis. It’s the story of high-frequency traders (HFTs), who use a combination of algorithms, super computers, fat internet plumbing and even geography to gain microsecond advantages on other traders. In Wall Street terms, the HFTs are allegedly front running, because they can see what stocks are about to trade and then trade against the traffic. The algorithms look for the tiniest price discrepancies between buyers and sellers and then exploit the difference with lightening-like execution. The idea is to make thousands and thousands of trades in a day, holding on to stocks for as little as seconds, and earning fractional profits on each transaction. It’s all about volume.

The HFTs are predictably fuming and fearful about being labeled cheaters, particularly when the accuser is such a highly regarded journalist as Lewis. Yet the HFTs have some heavyweights taking their side. Cornell University finance professor Maureen O’Hara sent out an email blast yesterday that takes an opposite view of Lewis. O’Hara, who co-authored a book called High Frequency Trading: New Realities for Traders, Markets, and Regulators wrote that the trading data says otherwise: “Virtually all academic research looking at transactions costs and volatility find that U.S. markets are better now than in the pre-high frequency era.” That’s because most brokers have “best execution” requirements, meaning that civilians get the same price as the pros. In this view, the HFTs are adding information to the market and thus aiding price discovery.

Should you be outraged that some super-smart traders may have an edge on everybody else? Perhaps it’s the cynic in me, but isn’t Wall Street always rigged, in some sense? Or to put it more politely by Professor O’Hara, there are always sharks in the ocean; it doesn’t mean they’re swimming near you. Computer trading has always had some malevolent quality to it—and the tendency go spectacularly bonkers. In the 1980s, the widespread use of portfolio insurance programs help caused the 87 Crash. In the 1990s, a firm of super wonks at Long Term Capital Management applied their magic algorithms to the process of, in the words of one of the head wonks, “vacuuming nickels” in large quantities. Then, in 1998, Russia defaulted on its debt, the vacuum broke and the whole financial system nearly collapsed. Similarly, the HFTs have been implicated in the “Flash Crash” of May 2010.

But the reason all of this doesn’t really matter is that while the HFTs may be investing in microseconds the rest of us should be investing in years. Steady, diversified investing over the long-term still makes the most sense for most people. If there’s a fairness problem regarding HFTs, the SEC and other regulators need to fix it, but trading the market has always been fool’s game, and trying to trade again HFTs armed with supercomputers and algorithms is like bringing a peashooter to an artillery battle. Consider that 90% of professional traders don’t beat the market. (An argument for index funds, if ever there was one.) And these are supposed to be the smart guys? At least they are smart enough to get overpaid to underperform most of the time. Don’t try this where you work. For the average investor, writes Mitch Zachs, senior portfolio manager at Zachs.com, HFTs are not an issue: “When it comes to investing, the playing field should be level and currently, it is not for all participants. However, if you’re a long-term investor, HFTs won’t affect you.” That doesn’t mean they won’t annoy you. 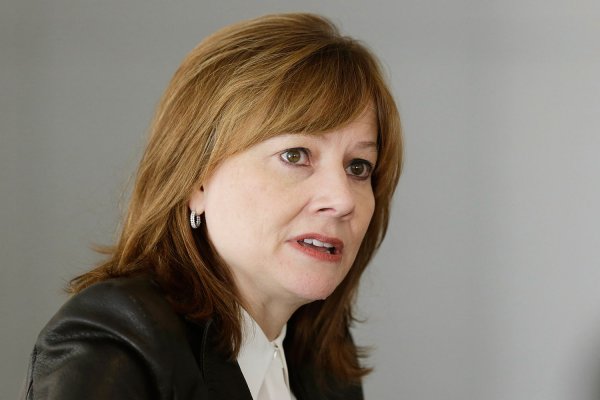 Give Mary Barra a Break
Next Up: Editor's Pick