President Trump earned the nickname “Tweetster in Chief” for his constant barrage of tweets, but Stephen Colbert imagined if that trait belonged instead to former President Obama. The host of The Late Show mocked POTUS on Wednesday night in creating a fake tweet from Obama written in the style of Trump.

Serving as inspiration, Trump attacked The Washington Post over Twitter after the paper released a report about a fake Time magazine cover hanging in his golf clubs. “We know you think The Washington Post is fake news, you don’t have to keep telling us,” Colbert said. “I mean, Obama didn’t wake up every morning and tweet, ‘Still first black president. #iamthedream.’ He didn’t do it. He didn’t have to.”

“The #AmazonWashingtonPost, sometimes referred to as the guardian of Amazon not paying internet taxes (which they should) is FAKE NEWS,” Trump tweeted Wednesday morning. Both Colbert and Late Night host Seth Meyers laughed in their respective segments as they pointed out there is no such thing as an internet tax.

Watch his monologue in the clip above. 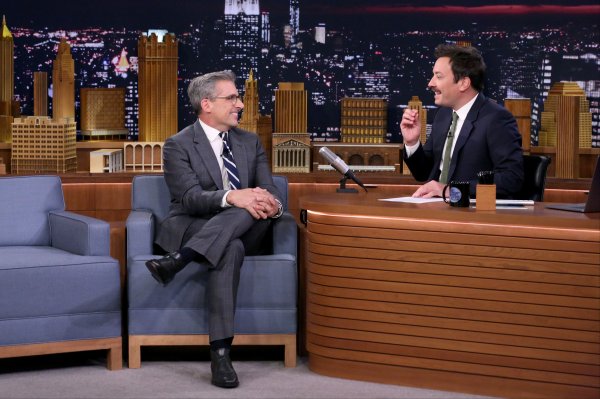 Steve Carell Reflects on His New Stud Status on Jimmy Fallon
Next Up: Editor's Pick