Terrorists Have Been All Too Effective by Air and Land. What If They Hit by Sea?

The U.S.S. Cole was attacked in Yemen on Oct. 12, 2000
Sgt. Don L. Maes—U.S. Navy News Photo/MCT/Getty Images
Ideas
By James Stavridis
Admiral Stavridis (Ret.), a TIME Contributing Editor, was the 16th Supreme Allied Commander at NATO and is an Operating Executive at The Carlyle Group. His new book is 2034: A Novel of the Next World War. His previous nonfiction book was Sailing True North: Ten Admirals and the Voyage of Character

It has famously been said that the devastating 9/11 attacks were not a failure of intelligence but a failure of imagination. We simply were unable to conceive of al-Qaeda terrorists’ turning commercial aircraft into a sophisticated air-to-ground attack system, killing thousands and changing the course of world history. In trying to predict other looming disasters, we need to open the portals of our imagination, and–unfortunately–we should turn our gaze to the sea.

Terrorists have largely used aviation and ground attacks over the past decades, most often choosing to conduct their operations with guns and explosives. They continue to be obsessed with the idea of downing commercial airliners and have done so several times since 9/11, including bombing a Russian airliner full of tourists flying back from Egypt in the fall of 2015. More recently, vehicles such as commercial trucks have been used to mow down crowds in France, Sweden and the U.K. We are hardening our defenses both in airports and in large crowded spaces to meet these challenges.

But terrorists, including the Islamic State, al-Qaeda, al-Shabab in East Africa and Boko Haram in Nigeria, continue to seek out new and different ways to attack us. At sea, the target set is lucrative, with 50,000 ships carrying more than 90% of all international trade. There are perhaps 3 million people at sea most days, many on massive cruise liners, and our ports are laden with cargoes that wind through a complex system of docks, shipping nodes and railheads around the world.

Although the maritime world is a place where terrorists have punched below their weight, several horrific attacks have taken place at sea. The hijacking of cruise liner Achille Lauro in 1985 by the Palestine Liberation Front included the execution of a Jewish-American tourist, who was shot in his wheelchair and thrown overboard. Fifteen years later the U.S.S. Cole was attacked by a suicide boat driven by al-Qaeda mariners, killing 17 sailors and nearly sinking the billion-dollar ship.

Top counterterrorism units from the FBI to SEAL Team 6 are working to respond to such attacks. But while the cruise industry, commercial shipping companies and governments around the world have increased efforts to make seas and ports safe over the past decade, there are still gaps in our readiness.

A nautical terrorist attack would likely involve one of two scenarios. The first is an attack on a passenger ship. Cruise liners are massive “cities at sea” that are lightly defended, travel on highly publicized schedules and carry large, unarmed, innocent populations. An attack on a cruise liner could be conducted by a suicide boat à la the Cole attack but using a bomb similar to the ones used in marketplaces in the Middle East. (There is always the truly dark threat of a weapon of mass destruction, perhaps supplied by a rogue state like North Korea.) A second scenario is the infliction of environmental or economic damage on a port or coast. Somali pirates alone can cost the global economy around $18 billion in a single year.

In order to bring our sea defenses up to speed, we must increase our surveillance and monitoring at sea and in the littorals and seaports. This will require vastly better private-public cooperation among shipping companies, cruise lines and the government, each of which holds a piece of the puzzle. We should set up a standing intelligence-review council of key maritime stakeholders. This group, with interagency actors from the U.S. and our partners and representatives from the nautical private sector, should think about the possible scenarios.

And we need to war-game possible attacks and devise standing responses. High-end special forces from both the U.S. and our partners have much to offer and have done a fair amount of work on this. We need to build up conventional law enforcement, the U.S. Coast Guard and private security guards on merchant ships and cruise liners. And, as we have in air and on the ground, we need drills to train people to respond.

Finally, we need to improve our maritime and security technology to help us track and see inside containers, increase the inspection rates at all ports, track small boats around vulnerable shipping and address any other gaps in our readiness. Terrorists have been too effective from the air and on the ground.

Admiral Stavridis, a retired NATO Supreme Allied Commander, is the author of Sea Power and The Leader’s Bookshelf 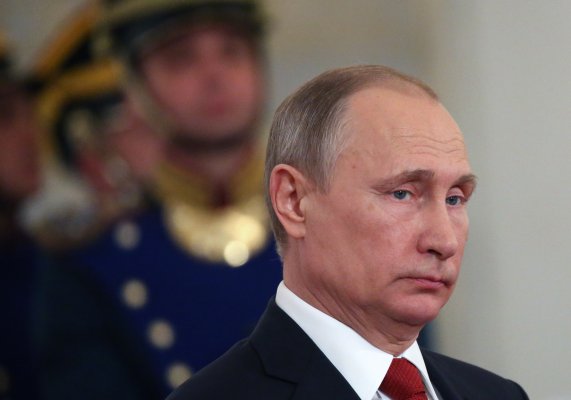 5 Democratic Reps: The U.S. Can Turn Putinism Into An Opportunity
Next Up: Editor's Pick