Review: Budget Wrestling Lights Up the Screen in Glow

The women of Glow own the ring; they’re based on the real-life troupe created in 1986
Netflix
By Daniel D'Addario

It’s as true now as it was in the 1980s. In order to have an effective made-for-television wrestling match, you need a good heel. That’s the character whose evil, or obnoxiousness, accentuates the hero’s strengths so the audience roots for the eventual champion all the harder.

On Glow, Netflix’s new period series based upon the real-life league “Gorgeous Ladies of Wrestling,” Ruth Wilder takes that to heart. Ruth, played by Alison Brie (who was also perfectly, irritatingly offbeat as a housewife on Mad Men), is a person who can’t help but bring out the worst in others. A would-be movie star who never got her break, Ruth believes a ring-worthy gimmick is to ape Audrey Hepburn’s Oscar acceptance speech. Her fellow wrestlers prefer, more straightforwardly, using ketchup to mimic gushing wounds. But when Ruth is pitted against one specific woman–best frenemy Debbie (Betty Gilpin)–she finds it the ultimate acting exercise. As she puts it: “I want the whole room to boo me–that’s how much they hate me!”

That sense of showmanship makes Glow glitter with a sense of pure fun. Staying in a cheap motel with other oddball pugilists–in a broad and inclusive cast that happily recalls executive producer Jenji Kohan’s other Netflix series, Orange Is the New Black–Ruth slowly grows into her role. The spotlight’s warmth will last longer, in memory, than do the bruises, anyway. Brie, most winning as she’s purposely losing, stays vulnerable no matter how many hits she takes. And she never lets us forget that her kayfabe queen wants, despite her chintzy surroundings, to make something great. Even if it’s just greatly entertaining.

Glow is streaming on Netflix now 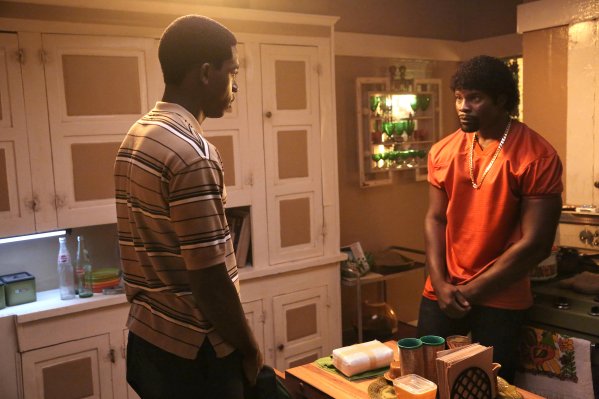 FX's Exploration of the Crack Epidemic Falters
Next Up: Editor's Pick