Idris and Joseph, trapped in a system that the younger man hopes to master
FX
By Daniel D'Addario

When a character has a name like Franklin Saint, you know he’s headed for a fall. That’s what happens on FX’s new drama Snowfall. Franklin (Damson Idris) has more potential than opportunity: unwilling to go to college and leave his mom (Michael Hyatt) behind in South Central Los Angeles, he quickly puts a clever mind to work distributing a crime boss’s stock of drugs throughout his neighborhood. That the whole story takes place in 1983 provides for musical and cultural references as overworked as the irony of Franklin’s name.

As Franklin, Idris makes every beat in his journey from earnest kid to master of his own hellscape feel like a choice, carefully made, by a mind that’s not quite mature yet. And yet he shares the show with story lines about a CIA agent (Carter Hudson) involved with the Nicaraguan contras and a would-be queenpin (Emily Rios). The show’s sprawl touches every corner of Los Angeles and places yet more distant. But because the plot moves with breathless haste, each story gets only glancing consideration. A show seeking to tell a story as monumental as the introduction and impact of crack cocaine on American cities owes its viewers more consideration.

Snowfall is the latest series to excavate recent American history–distant enough to feel unusual, but recent enough, ideally, to resonate–in an attempt to tell a sweeping story. Last year, HBO and Netflix came at the music culture of the 1970s from different angles. The cable network’s Vinyl dug into life at an early-’70s rock label, while Netflix’s The Get Down took on the burgeoning hip-hop and disco scenes at the decade’s end. Both shows (each lasted only a single season) shared a sweeping, ultimately unfulfilled ambition to depict an entire cultural moment through a diffuse cast of characters. Showtime’s current drama I’m Dying Up Here, set among Los Angeles stand-up comics in 1973, may end up running longer, but its goal–to diagnose a moment of change by rapidly introducing a Dickens novel’s worth of characters–is similarly outsize.

Snowfall works best when it digs into Franklin’s story, and, specifically, the aspects of it that aren’t just good-kid-breaking-bad melodrama. The Wire, by contrast, managed to explore the ravages of the war on drugs on urban America by delving into the personal at length.

Actors Hyatt and Idris forge a convincing mother-son dynamic, and her job–enforcing the orders of a white slumlord against people who look a lot more like her than him–generates real, painful tension. So does Amin Joseph’s performance as Franklin’s uncle Jerome, who knows more about the hardness of life than his brashly ambitious nephew. “You take a gun out of this house, you’d better be ready to use it,” Jerome tells Franklin in a moment of candor. “You pull it, you hesitate: that’s your funeral.” Snowfall, high off having created an overly complex universe, doesn’t take its own advice. 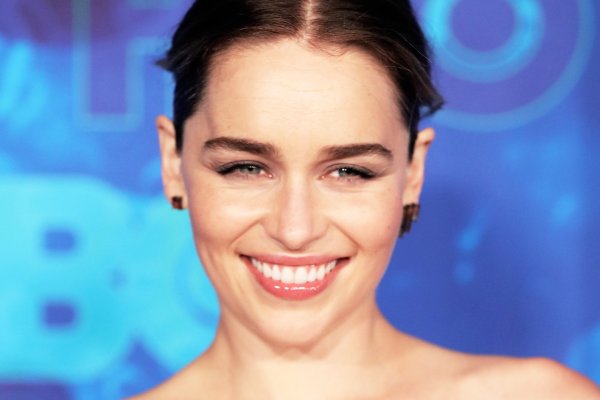 Emilia Clarke on Why Dragons Are Daenerys’ True Love on Game of Thrones
Next Up: Editor's Pick