The Rage Flu: Why All This Anger Is Contagious and Making us Sick

Perhaps the only thing we can agree on at this painfully divisive moment in our national history is that all this anger and derision in which we’re marinating isn’t healthy. Not for us, not for our kids and certainly not for the country. But as a nation, we can’t seem to quit. We’re so primed to be mad about something every morning, it’s almost disappointing when there isn’t an infuriating tweet to share or a bit of our moral turf to defend waiting in our phones.

A few months ago a friend sent a group email about Fearless Girl, the statue of a young girl in a dress, hands on hips, facing off against the giant iconic bull statue on Wall Street. At first I thought she wanted us to protest the potential removal of the statue. (The sculptor of the bull wanted the girl gone.) My hackles were up immediately. How dare they remove what is likely the only female image anywhere near the financial district? But no, my friend wanted to get rid of the statue because it infantilized women. I hadn’t even thought of that, but now that she explained it …

If we’re always ready for battle, any bit of breaking news can bolster the fear that things are out of control. And judging by the rise in violence at political rallies, some things are getting a bit out of control. But as Brian Levin, director of the Center for the Study of Hate and Extremism at California State University, San Bernardino, points out, our fears often don’t match actual risk. We know, for example, that we’re more likely to be killed in a car accident than in a terrorist attack, but that context is lost because the most dramatic and divisive ideas steal our shrinking attention spans. “In a very fearful and tribalistic society, we run on emotion, which is the currency of social media. It’s emotive first,” says Levin. But all the sharing and venting we do has toxic side effects. One of those effects is the increased acceptability of crude or violent insults. They are now so commonplace that they fail to shock, whether they’re coming from the man in the Oval Office or a late-night comedian. And that ups the ante so that those trying get our attention have to go a little further each time.

Anger is particularly contagious on social media. Researchers at Beihang University in Beijing mapped four basic emotions in more than 70 million posts and found that anger is more influential than other emotions like sadness and joy–it spreads faster and more broadly. This is as much a physical phenomenon as a mental one. Anger gives us a burst of adrenaline and sparks a fight-or-flight response in our nervous system. That in turn can lead to a spike in cortisol, the stress and anxiety hormone. This leaves us even more triggered the next time. And all that is terrible for our health.

No wonder it feels as if the nation is a little sick. It’s as if we all have a virus and some of us are more vulnerable to it than others. That is in fact how some social scientists are describing the spread of rage and division. Violence and violent speech meet the criteria of disease, says Dr. Gary Slutkin, founder of Cure Violence and faculty of the University of Illinois, Chicago. Like a virus, violence makes more of itself. Rage begets more rage. And it spreads because we humans are wired to follow our peers.

So if extreme speech becomes acceptable in one realm, it’s likely to spread to overlapping realms–from the dinner table to social feeds to a political demonstration. “Undesirable social norms are becoming more prevalent,” Slutkin says. And for the more vulnerable, those who are mentally unstable or disenfranchised, this sickness can lead to actual violence directed at the person or institution that symbolizes their disappointment.

The good news is that experts in the health sector, like Slutkin, say they have techniques that can detect and interrupt the kinds of events and negative speech that are predictors of violence. Surely it’s possible to make the kinds of vulgar, hateful speech we’re seeing unacceptable again. After all, health officials managed to make smoking in a restaurant socially unacceptable. Slutkin points out that as with many viruses, combatting AIDS involved changing behaviors and social norms. “The greatest predictor of condom use wasn’t whether someone understood they could get AIDS,” he says. “It was whether or not they thought a friend was using condoms. But if you quizzed them, they wouldn’t admit that because it’s unconscious.”

Online, someone who’s influential in a particular ideological group can ignite an outpouring of help in a disaster or turn one corner of the Internet into a virtual mob. That’s where leaders can step in to buttress civil decency. Or not. Imagine if George W. Bush had labeled Islam the enemy instead of going to a mosque after 9/11 and talking about solidarity. “He didn’t dehumanize Muslims. He made it clear that we’re in this together,” says David Berreby, author of Us and Them.

More recently, big societal shifts, such as the legalization of same-sex marriage or the election of Donald Trump, have left segments of the population feeling profoundly destabilized. “People are experiencing a shock because they thought they knew who we are. Now they don’t. They think, Does that mean I don’t belong, or does it mean that I have to get rid of these other people?” says Berreby. “This becomes a big source of fear, and people get angry when they’re fearful.”

And if policy disagreements are described as existential threats to our identity, issues like immigration, climate change or GMO foods can feel like a clash of civilizations. Once it reaches that level, says Berreby, it’s no longer about the facts or the data. “It becomes a sacred conflict,” says Berreby. “If you don’t believe in this, then you’re not a good person.” Then it doesn’t matter what you say, no one’s changing camps. “At that point, it’s more important for you to stay with your team than it is for you to be persuaded,” says Berreby.

And therein may lie the problem. We don’t seem to have anyone capable of reminding us that we play for the same team. 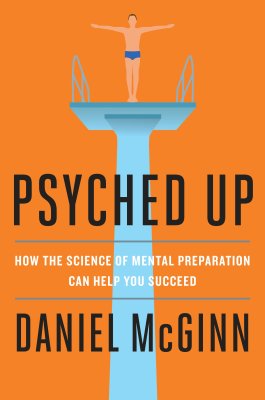 Why You and Your Colleagues Need a Group Ritual
Next Up: Editor's Pick