A budget airline in Japan has apologized for making a disabled passenger crawl up a set of stairs to board an aircraft earlier this month.

Vanilla Air staff told Hideto Kijima that they would only let him onto his flight from Amami back to Osaka on June 5 if he could make it up the gangway unassisted, BBC reports. Kijima, who runs a non-profit cataloging accessibility issues for tourists to Japan, was paralyzed from the waist down following a school rugby injury.

During the first leg of Kijima’s journey, his friends helped him board the aircraft. But on his return employees said he was not allowed to receive help for safety reasons, and he proceeded to drag himself up the gangway’s 17 steps.

The airline’s chief of personnel has since apologized to Kijima and promised changes to improve their handling of disabled passengers. Vanilla has now introduced an aircraft boarding chair at Amami Airport and will also introduce an electric stair climber. The airport, located on a resort island in the south of Japan, previously lacked these facilities.

Kijima said he appreciated measures that the airline had taken to improve accessibility, reports Kyodo News.

Some Japanese carriers reportedly allow staff to carry passengers on board when mechanical assistance is unavailable, but Vanilla, a budget subsidiary of All Nippon Airways, does not due the possibility of people falling. 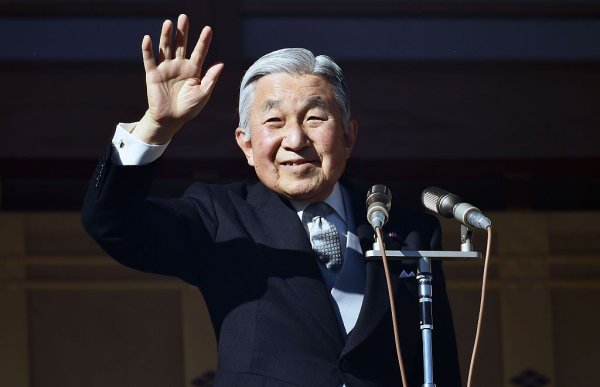 Japan Clears the Way for Historic Imperial Abdication
Next Up: Editor's Pick