Here's Everything You Need to Know About Ticks

It’s a good year to be a tick—and a bad year to be near one. Experts say the tick population is growing in record numbers, which means a potential explosion in tick-borne illnesses. You can blame the acorns for the recent tick boom. Two years ago, acorn-producing trees went haywire and multiplied in number, making a bounty of acorns. That extra food led to a boom in mice the following year.

Which brings us to this summer. Since ticks feed on mice (and people, birds, reptiles and anything that has blood), this is expected to be one of the worst tick seasons in years. The tiny insects transmit at least 15 diseases, according to the Centers for Disease Control and Prevention (CDC), including the most common, Lyme disease. There are now other added worries, including Powassan virus, a potentially fatal infection that can wreak havoc on the neurological system, and even a type of tick bite that can make you allergic to red meat.

How can you stay safe from ticks? Here’s how to successfully navigate a tick-riddled summer.

The first step is being able to spot a tick. Though there are nearly 900 different species of ticks, most have flat bodies and lack wings.

The blacklegged tick, or the deer tick, is mostly found in the Northeast and Midwest and is a major source of Lyme disease
CDC
The brown dog tick is found throughout the U.S. and is carried primarily by dogs. It can spread Rocky Mountain spotted fever.
CDC
The American dog tick can spread Rocky Mountain spotted fever and is common in the area, as well as parts of California.
CDC

How many legs do ticks have?

Adult ticks have eight legs, while ticks at the larval stage have six. At each stage in their life cycle, ticks need to feed on the blood of a host—like a deer, dog or human—in order to survive.

If ticks are infected with the bacteria Borrelia burgdorferi or Borrelia mayonii, they can transmit Lyme disease. The deer tick, also known as the blacklegged tick, is the most common source of Lyme infections in the U.S. and is mostly found in the northeast.

What are the symptoms of Lyme disease?

Symptoms may vary, but in general Lyme causes fever, chills, muscle aches, joint pain and fatigue, similar to the flu. The difference between Lyme and the flu, however, is the rash. Anywhere from a few days to a month after getting infected, people will develop a hallmark bullseye rash with a red circle, surrounded by a white ring and another red ring. The bullseye may not always be so distinctive, but it generally does appear.

Do all ticks carry Lyme?

No. Most ticks don’t carry any diseases, but because ticks feed on different hosts at different points in their life cycle, they can pick up and spread diseases like Lyme more quickly if they are infected.

Only female ticks spread disease, since only females feed on the blood of their hosts and become engorged. When they move to their next host, they can pass on infections they have picked up in their blood meal. Male ticks will attach to a host but not feed, so they don’t transmit disease.

How long do ticks live?

Some ticks can live for as long as three years. They morph through four different stages—egg, larva, nymph and adult—and need blood from a host to survive to each stage. Some ticks stick with one host throughout their life cycle, while others find multiple hosts. If they don’t feed, they can only survive a few days. Females get a good blood meal, mate and lay anywhere from a few thousand to 18,000 eggs, generally in the spring. During the summer, the larvae look for new hosts, and if they find one, they make it to the fall and become adults.

No. They can’t fly, because they don’t have wings. Instead, they cling to grasses or to anything that passes by. They find new hosts through a behavior called “questing”: clutching grass or leaves with their rear legs and stretching out their front legs to grab onto a host as they pass.

Ticks can’t swim, but it’s hard to drown them. If a tick is attached to your body, simply submerging it in water isn’t a good way to get rid of it. That tick may simply bore deeper into the skin.

Do ticks come off in the shower?

If ticks aren’t feeding but are still crawling around on your body, then a shower can wash them away. That’s especially true of male ticks, which don’t feed. But female ticks that have already begun their blood meal may not come off in a shower.

No. Dousing ticks with alcohol, oils, nail polish, petroleum jelly, ice or heat—like with a match—will not release a feeding tick. In fact, these threats will only force the tick to dig deeper into the skin.

Why is it so hard to remove ticks from your skin?

Ticks don’t just bite: they burrow. When they feed, they cut the skin and actually insert a tube equipped with barbs to secure their bodies in place. A little glue secreted by the tick also helps to keep them attached. One of the reasons why people often don’t feel tick bites is because their saliva also contains some painkiller that numbs the area. Once the apparatus is established, ticks can feed for days.

How do you remove a tick?

The only way to properly remove a tick is to make sure you extract the entire mouth with all of its biting parts—including the tube—and all of the legs. To do that, use fine tweezers to grip the tick as close to the skin as possible. Gently but firmly pull straight out without twisting or jerking the tick, which can cause the mouth parts to break off and remain in the skin.

If you see small parts left behind, try to remove them with the tweezers. If that’s not possible, leave them and let the skin heal.

Clean the bite area with alcohol, iodine or soap and water, and don’t forget to clean your hands, too. If the tick is infected, you don’t want any bacteria to remain on your hands.

Can I flush a tick down the toilet?

Yes. You can also dunk a live tick in alcohol and place it in a sealed bag, wrap it in tape and dispose of it in the trash. Never crush a tick with your fingers, or you may get infected with whatever disease-causing bacteria it may carry.

Avoiding areas where ticks live, like grassy and wooded places, is the best way to protect yourself against getting bitten. If you can’t avoid these areas, wear long sleeves, a hat and covered shoes and socks. After you leave a wooded area or walk through a field, do a thorough tick check. Look for ticks in hidden areas, like between socks and shoes, in the folds of clothing, and even places like behind the ear, in ear folds and in the armpits and groin. Ticks like to find warm, moist areas to feed where they won’t be bothered.

Using tick repellents with at least 20% DEET can protect skin for a few hours. For deeper protection for longer periods of time, use permethrin. Permethrin is not meant to be sprayed directly on skin. It should only be used to treat clothing, shoes and socks; let it dry thoroughly before wearing. The treatment should last through several washings.

Can my dog or cat get bitten by a tick?

Yes. Dogs are an especially popular target for ticks, since they spend more time outdoors than cats. Ticks will hop a ride on a dog’s fur as pets brush past.

Flea and tick collars and other pesticides can reduce the number of ticks that feed on dogs by killing them on contact. Some pesticides are absorbed in the dogs’ blood and kill ticks once they bite and start feeding. But nothing is 100% effective, so do a thorough tick check on your pets every time they come inside after being outdoors. 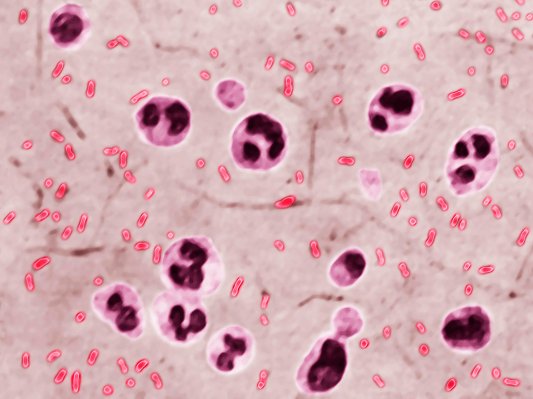 People Are Still Getting the Plague. Here's What You Need to Know
Next Up: Editor's Pick