The artist SZA, born Solána Rowe and raised in New Jersey, didn’t always plan to be a singer. And for awhile, it looked like her breakthrough debut album Ctrl might be lost in production. But sometimes fate works in mysterious ways, even for a self-described control freak like SZA. Ctrl, released in June, has been sitting comfortably at (or near) the top of the R&B charts. It garnered her a widely-lauded solo performance at the BET Awards and a passionate new fan base. After collaborating with prominent rappers like Kendrick Lamar and Travis Scott, the once hesitant artist is now finding her place in the music industry — even though, after months spent sleeping on a futon, she still hasn’t furnished her own apartment.

SZA’s languid R&B offers a wealth of contradictions: self-assured in delivery but insecure in emotion, casual in tone but cutting in content. “Why is it so hard to accept the party is over?” she asks on “Drew Barrymore:” “You came with your new friends/ And her mom jeans and her new Benz/ And she’s perfect and I hate it, oh so glad you made it.” It’s a love-hate story, equal parts twisted and relatable.

In the wake of her album’s success, SZA talked to TIME about the process of self-discovery in making Ctrl, the impact of working with icons like Rihanna (“We talk all the time!”) and Drew Barrymore (“She just radiates this air of confidence”) and how she plans to approach her music moving forward.

TIME: This album has been a long time coming for you. What was the process like of bringing it to life?

What were you working on before? How is this different?

What about your background has had an impact on your music? Were your parents into it, your friends, or was it an independent process of discovery for you?

Music kind of came out of nowhere for everybody. My parents just wanted me to be free. They thought I would be dancing, not necessarily music. So I think everyone was very unsure what this hobby was about.

Did you feel like you had to prove something to people who didn’t believe in you from the beginning?

Maybe. I think at first I was operating off of pure revenge. Because I was tired of — I don’t know, people thought I was so wack. I was like, what?

What do you mean by that?

People just did not think highly of me at all. People thought maybe I was a product of nepotism or a very lucky situation or like some f-cking weird night. I was sharing a futon six months ago. There was nothing lucky or fortuitous or nepotistic about it. People see you come out of the Staples Center with Kendrick on a set, and they think, “You’re not living on the floor.” But that’s not true. Just because you know Kendrick Lamar, and you also sing and you’re also signed to a similar label, it literally doesn’t mean anything for you. So I just wanted to establish myself as my own person.

What was the turning point, where things started becoming clearer for you?

I don’t think it ever became clear. When this album came out, I cried. I screamed and I cried. I was so embarrassed; I thought no one would like it.

The response has been overwhelmingly positive, especially from women and young women of color who connect with the themes and personal lyrics of your songs. Did you set out to write an album that’s personal? Where did it come from?

I mean, no. I really don’t even think it was that personal. I think it was pretty surface level for what I could do. I think this was me being afraid to go there in a lot of ways. Just me dipping my toe in. Now I know that people don’t mind, I can really not be afraid to become a better writer, to get my song structure together, to make it work.

You include snippets of your mom’s voice and your grandma giving you advice. Why?

I think I got my obsession with control from her [my mom]. My granny is salty and sweet… [she] is much more like me, while my mother is just like, the sweetest, most pure. I’ve never heard her gossip about a single person in my entire life, ever. She’s an eternal optimist. And my granny, she’s just like, “f-ck it, you might as well do what you want.”

Why “Drew Barrymore”? She also cameoed in your music video for the song; how did that come together?

I love Drew Barrymore. She’s quirky, she’s different. When she came out, there was nobody like her. She just radiates this air of confidence and also acceptance of her quirks. It’s very inspiring. I always think of Ivy and Never Been Kissed and all those really ‘90s movies. When I heard those chords [for the song] — the boys made it from scratch — I was like, sh-t. Dum dum dun, dum dum dun — I was like, “God, this is so sad, it sounds like Freddie Prinze Jr. is about to pop out.”

What has changed for you now? What do you want to do next?

I want to learn the fine line between taking it seriously and taking it not too seriously. I think very great people take it seriously, but not too seriously. And I think I take it so seriously that I was like, I don’t even want to do this if I don’t excel. I didn’t even want to put my album out unless people really liked it. I wanted to quit because I was like, no one’s going to like this f-cking album. Now I just feel like, OK, I want to be here, I understand how to be here. Well, I don’t understand how to be here, but I understand how to tap into a portion of myself while I’m here. So I might as well tap into that source in myself until I don’t have anything else to tap, and then I’ll do something else.

How does faith impact your music? [SZA’s stage name is an acronym derived from the Supreme Alphabet, representing words for self-knowledge, enlightenment and God.]

I think faith in something better or more powerful or with more knowledge and with divine order helps me trust the process. Even when I don’t trust the process very well — because I’m very skittish — it forces me to trust the process. It’s very weird that God has designed the whole situation for me. If you left it to me, this would not be going this way. I would have never put an album out. Who knows?

You know what’s crazy? I’m so tired of talking about myself. And I think that music now is a place where I can speak and then not speak. So I think on my next album I’ll just say a lot more. 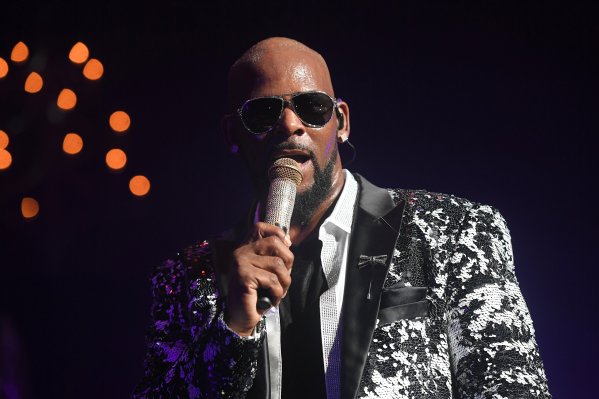 R. Kelly 'Disturbed' by Cult Allegations
Next Up: Editor's Pick