Should You Call Someone Hitler? Here's What the Man Behind Godwin's Law Thinks

The code that runs the World Wide Web was still being written when attorney Mike Godwin came up with a simple law: Sooner or later in any online argument, someone will bring up Hitler.

Today, the 1990 adage known as Godwin’s Law seems more appropriate than ever, as social media has turned civil discourse into a never-ending series of flame wars.

But Godwin, 60, who now serves as a senior fellow at the R Street Institute in Washington, D.C., says that’s an inevitable consequence of free speech. He’d prefer it if people would stop and think before bringing up World War II analogies, but he’s not against it in every single case.

In fact, Godwin recently weighed in when a journalist clapped back at white nationalist Richard Spencer online.

Godwin talked to TIME about how to make internet discourse civil, his newest law and the best way safeguard the internet for its purpose: sharing knowledge.

TIME: So do people mention Godwin’s law when you use a credit card?
I was a celebrity at a bicycle shop for all of twenty minutes after a guy looked at my credit card and said “Do you know Godwin’s law?” and I said, “Well, I’m Godwin.” We basically just took selfies. Once, a colleague finally realized it was me. He assumed Godwin was a mythical figure or some dead guy.

It’s obvious you have a pulse on social media where the Hitler comparisons you predicted are rampant. You can’t just chalk that up to Trump right?
As far as I know, every President who has been President from the time I got on the internet has been compared by someone to Hitler. People compared President Obama to Hitler. People have forgotten there were pictures of Obama with a Hitler moustache. That talk was crazy.

I’m not going to tell people whether to compare Obama or Trump to Hitler. It’s the government of the United States, and that’s very hard to destroy with a cult of personality because we have a lot of institutional inertia by design.

Would you say Trump’s impact makes the comparisons to fascism online more frequent?
I think so. There’s always been a general upward trend, peaking at election times. I think President Trump’s campaign was so populist and so outside the political establishment that it inspired people to reach for the comparisons because we’ve never had a President like this come in as a media personality outsider.

Isn’t it lazy to go there?
Of course it is. If you want to say something more powerful than the last person who disagreed with you said, people volunteer the rhetorical comparisons because they haven’t thought hard about history and what’s different between now and Germany in the 1930s or Cambodia in the 1970s.

When do you believe it’s a fair shake?
I urge people to develop enough perspective to do it thoughtfully. If you think the comparison is valid, and you’ve given it some thought, do it. All I ask you to do is think about the human beings capable of acting very badly. We have to keep the magnitude of those events in mind, and not be glib. Our society needs to be more humane, more civilized and to grow up.

Any idea how to stop the glib references?
A lot of education reform. If I ran the world, I would strengthen both history and scientific education in the United States. If we fostered more self-criticism and self-skepticism, I think that would do much to prevent rhetorical meanness and mean spiritedness on the internet, of which Hitler comparisons are only a tiny part.

We are in mid-adolescence culturally. When you reach adolescence, you’re not fully socialized. If we’re more self-aware, we can use social media with newfound growth and muscles.

Speaking of growth, now that time has passed, do you have amendments to Godwin’s law or a second law you’d propose?
I’ve suggested another law that has nothing to do with social media. It’s about how governments value their ability to do surveillance. They’ve been addicted to it since the telephone. It’s very hard to persuade governments using communications network surveillance to stop, so that’s why surveillance is like crack cocaine.

When it comes to information people want out there, you fought for the First Amendment to apply to the internet. How do such visible members of the alt right movement shape our national dialogue?
It’s better for people who espouse ideologies to make their views known. We can’t pretend nobody really believes these things and that these impulses are a part of the past and we’re safe. Things people did years ago are alive and well and people are expressing it so censorship is not typically the right response.

Some of the prominent people are are pretty awful. I can’t imagine how people can say such thing and live with themselves.

Do you believe people should be able to shield themselves from other people’s opinions online?
I support anybody’s right not to hear speech that causes pain. If they’re blocking other people, that’s good. Let them.

Is it OK for the President to block people who criticize him or not?
There’s some effort to try to insist that Donald Trump can’t personally unblock political dissent. That probably doesn’t win, even though I believe in government transparency. I think that’s a loser, I think we have a right to speak to him. We don’t have a right to insist that the President hear everything. That’s the nature of the office of government. I think if it ever reaches a judgment, the President’s prerogative to block people from his Twitter will be found to be OK.

What’s the best way to protect the internet as a platform for innovative ideas?
There are two ways. International agreements on internet rights and principles to try to push an internet consensus.

And we can’t be reflexive on the latest terrible thing we see happen on the internet. If someone says a hateful thing, people will say we should require Twitter to read everyone’s tweets and ban people, and make it a crime and have the FBI investigate it. We have to be patient because when you have freedom of speech, it’s 100%. Open societies need to tolerate that people use their freedom badly sometimes. 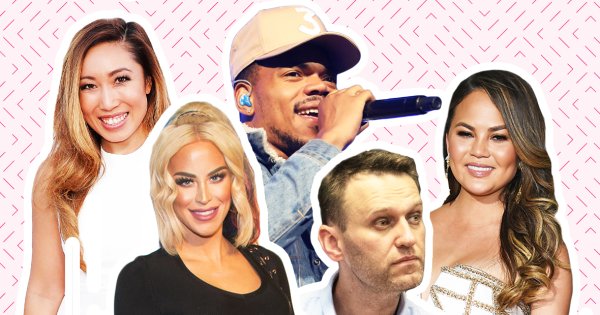 The 25 Most Influential People on the Internet
Next Up: Editor's Pick