Senate Republicans recently released a health care bill that the Congressional Budget Office estimates would result in 22 million people losing their insurance coverage by 2026, including 15 million who are insured by Medicaid, which largely covers low-income Americans. Like so many conservative policies, these health care proposals would cause the most harm to America’s most vulnerable — including Black mothers.

As an advocate for Black reproductive and maternal health, and chair of the steering committee of the Black Mamas Matter Alliance, I am especially concerned about how Republican efforts to “fix health care” will worsen health outcomes for Black women, one of the United States’ most vulnerable populations. The new Status of Black Women in the United States report shows that despite our civic engagement and voter turnout, Black women continue to be underpaid, over-imprisoned, live in poverty and are in poorer health than their white counterparts. And Black moms are three times more likely than white moms to die from pregnancy-related causes and are also at greater risk of pregnancy-related injury and death. We know that we need greater access to care, not less.

Despite the fact that millions gained health insurance coverage under Obamacare, more Black people than white people remained uninsured and continued to rely on Medicaid. And paying out of pocket for overpriced American health care is just impossible for many. Nearly 1 in 4 Black women in the United States are living in poverty, compared to nearly 1 in 10 white women. When considering insurance status and the fact that Black women bear a disproportionate burden of poverty, we know that the Senate healthcare bill would make accessing health care more difficult.

But conservative attacks on our health don’t end there. Both the Senate and House health care bills appear to offer loopholes to allow states to drop coverage for Essential Health Benefits, like maternity care, to keep costs to insurance companies down. It’s more expensive to give birth in the United States than anywhere else in the world — and those most affected by health insurance changes are those least likely to be able to afford to pay for their labor and delivery out of pocket. The average cost for an uncomplicated vaginal birth was just over $10,000 in 2011. A cesarean birth where a mom has complications cost upwards of $20,000. And no one can know how their birth will go — especially Black moms who are at greater risk of negative health outcomes during childbirth.

Privileging insurance companies over American moms and families is not going to make America great again. Indeed, the tax cuts for the wealthiest in the health care bill will only serve to make the rich richer at the expense of everyone else.

Obamacare wasn’t perfect, but it was a big step in the right direction. Despite the gains in health insurance coverage overall and the requirements that insurers cover essential health care like contraception and maternity care, select populations, including undocumented immigrants and minorities in counties where Medicaid wasn’t expanded, were still left without access to health care. But the current House and Senate health care bills will move us backward by drastically reducing coverage and make affordable health care a thing of the past.

Fortunately, there are advocates and policymakers who are fighting to make a difference. Earlier in June, the Black Mamas Matter Alliance, the Congressional Black Caucus, and the Congressional Caucus on Black Women & Girls co-sponsored a congressional briefing on Black maternal health. Rep. Bonnie Watson Coleman of New Jersey, Rep. Robin Kelly of Illinois and Rep. Yvette D. Clarke of New York each discussed the need for policy action to improve Black maternal health. These women, and many like them, are hard at work on the Hill to ensure policy works in the best interest of people — not insurance companies — and that it does good instead of harm.

Millions of Americans, including Black moms and babies, are counting on politicians to do the right thing. Now is the time to expand health care, not snatch it from those who desperately need it.

Elizabeth Dawes Gay, MPH is a health and social justice advocate based in Washington, D.C. and chair of the steering committee of the Black Mamas Matter Alliance. Follow her on Twitter @edawesgay. Visit blackmamasmatter.org to learn more and follow @BlkMamasMatter 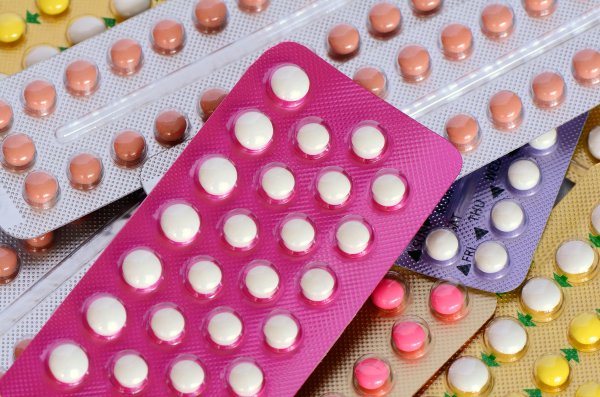 This Is What Happens to Your Body When You Stop Taking Birth Control Pills
Next Up: Editor's Pick