Over the past several months, we’ve heard a lot about the Russian government’s interference in our 2016 election, and rightly so. But we’ve heard less about another threat that has nothing to do with Vladimir Putin but is just as destructive and just as effective at undermining the integrity of our democracy: a decades-long assault on voting rights. This campaign is nothing less than a sustained attack on American democracy from within.

We have no doubt that voter suppression laws have been “passed with racially discriminatory intent,” as federal courts have recognized. We also know that others were passed with an unacceptable tolerance of discriminatory effects. In 2013, those who seek to discriminate were empowered by the Supreme Court’s decision in Shelby County v. Holder, which struck down a key part of the Voting Rights Act, the landmark law that was one of the greatest achievements of the modern civil rights movement. These days, discriminatory barriers to the ballot box often hide behind seemingly benign objectives of “fighting voter fraud” and “protecting election integrity.”

But as we discussed earlier this month at an event hosted by the Brennan Center for Justice, there’s more to the story of why these laws have proliferated in recent years. We believe that those of us who oppose these voter suppression efforts have failed to raise awareness about what they actually do.

As a result, too many Americans don’t realize that 10% of Americans who are fully eligible to vote don’t have the right form of identification to satisfy new voter ID laws. They may not appreciate how difficult it can be to take time off work to vote on Election Day or get a legally acceptable form of ID. They don’t notice that DMVs and early-voting places have been closed only in certain neighborhoods, disproportionately impacting communities of color. They don’t understand why discriminatory voting laws wouldn’t just be struck down by the courts. They don’t realize that after Shelby County, even the most egregious laws often aren’t blocked until after an election, when the damage has already been done.

Too many Americans don’t realize that voter suppression works, and that it has a cumulative, destructive effect on our democracy that builds with every election.

Think about the Americans who have been denied the right to vote in recent elections. The Ohioans who, in 2004, took hours off work and waited in line to vote, but had to leave before getting a chance to cast a ballot. The Texas students turned away from voting even though they brought a state-issued university ID as proof of identification. The black churchgoers in North Carolina who used to vote the Sunday before Election Day — until Sunday voting was eliminated in counties across the state. The Wisconsin voter in 2016 who brought three forms of ID to vote but was still turned away from the polls because she didn’t have a driver’s license.

Can anyone blame these voters for thinking the democratic process doesn’t include them?

These real examples happen in state after state, in election after election, and over time they make elected officials less accountable to the people they represent. These experiences increase Americans’ apathy toward the democratic process while decreasing their trust in the results of that process. They harm our credibility in the world by leading other nations to question the legitimacy of our elections.

We have a few ideas about how to fight back.

First, we should keep fighting in the courts. We have to continue to use the portions of the Voting Rights Act that remain intact to defend access to the ballot box. This fight is more challenging — and more urgent — without the support of the Justice Department. Since Attorney General Jeff Sessions was sworn in, we’ve already seen the Department drop one claim of intentional discrimination in Texas.

Second, we have to consistently debunk the Trump Administration’s baseless claims of voter fraud. The President’s so-called “Commission on Election Integrity” should be called out for what it is: a waste of time and taxpayer dollars. There is no evidence whatsoever that voter fraud occurs on any appreciable scale. This commission is a futile attempt to justify the President’s groundless claims that millions of people voted illegally. And it’s a pretext for future suppression.

Third, Congress should restore or modernize the provisions of the Voting Rights Act struck down by the Supreme Court. In 2015, more than 40 Senators and 100 members of Congress supported a bill that would do just that, but we only found one Republican Senator to join us in that effort. That’s shameful.

More broadly, those of us who care deeply about this issue have to fight state-by-state to encourage legislatures and governors to restore the voting rights of those with felony convictions who have served their time and paid their debt to society.

We have to share the stories of voters in states across the country to show just how pervasive discrimination and disenfranchisement remain today.

We all have to get involved with the mechanics of government at the most local level because it’s in city and county office buildings — not the halls of Congress — where voting hours are determined, polling places are selected and district lines are drawn. Democracy requires a citizenry that is active, attentive and engaged — in state and local government as much as on the national stage.

Most importantly, we have to pursue each of these steps before elections happen with discriminatory barriers still in place. It’s not just national elections in 2018 and 2020 – it’s also state and local elections happening every month across the country.

In announcing her dissent to the Shelby County decision, Supreme Court Justice Ruth Bader Ginsburg observed, “The arc of the moral universe is long, but it bends toward justice if there is a steadfast commitment to see the task through to completion.” It’s up to us to make and maintain that commitment. Nothing less than the integrity of our democracy depends on it. 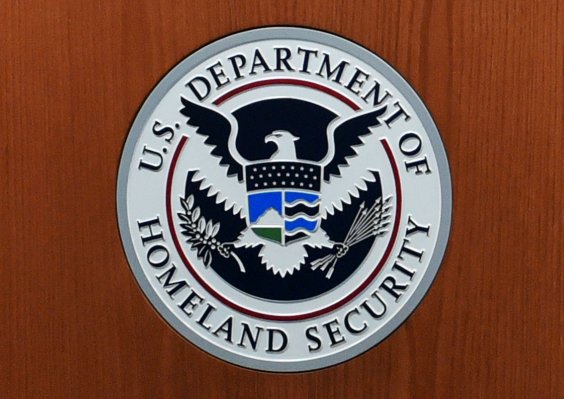 Why We’re Encouraging Ethical Hackers to Try and Hack the Department of Homeland Security
Next Up: Editor's Pick