Michelle Rodriguez has played rebel street racer Leticia “Letty” Ortiz in the blockbuster Fast and Furious franchise since it launched in 2001. But in a new Instagram post shared to announce the digital release of The Fate of the Furious this week, Rodriguez threatened that she may have to back out of future involvement — unless she sees changes around the roles for women.

“I hope they decide to show some love to the women of the franchise on the next one,” she wrote in the caption, “or I just might have to say goodbye to a loved franchise. It’s been a good ride & I’m grateful for the opportunity the fans & studio have provided over the years… One Love.”

She appended the caption to a photo collage of images of herself and onscreen ride-or-die Vin Diesel, Nathalie Emmanuel, and a crowd of fans. While the Fast and Furious series has been one of the great box office success stories of contemporary action movies, it has also been plagued with tragedy; series star Paul Walker passed away after a car accident in 2013. Also, there were gossip headlines when the latest installment was dogged by rumors of friction on set between producer Vin Diesel and fellow larger-than-life star The Rock. Two more films are slated for 2019 and 2021 releases.

Besides Rodriguez, actresses like Jordana Brewster, Nathalie Emmanuel, and Elsa Pataky have made repeat appearances in the series, although primarily as sidekicks and love interests. Newcomers Charlize Theron and Helen Mirren featured more prominently in F8. This isn’t the first time Rodriguez has called attention to sexism in the industry and in their franchise, either; in a recent interview with Entertainment Weekly, she noted that she was hoping to see an improvement in the “macho bravado” tone of the series overall. 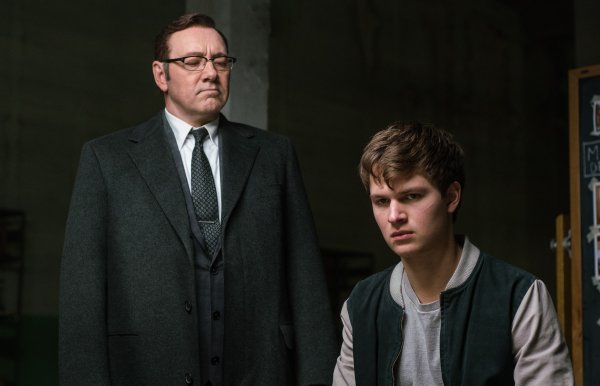 Baby Driver Is Fast, Furious and Full of Heart
Next Up: Editor's Pick