Steve Carell has been a popular comedian for a while; his role as cringeworthy boss Michael Scott in The Office is cemented in television history. But lately the former 40 Year Old Virgin is reaching a whole new fanbase, thanks to his newly grey head of hair and official status as a silver fox.

During an appearance on Jimmy Fallon‘s Tonight Show on Tuesday evening, Carell and host Fallon riffed on this exciting development for Carell, reading out a number of recent headlines in magazines that had called attention to his changed appearance with glowingly thirsty reviews. One magazine even went so far as to tell fellow actor and new father George Clooney to “move aside,” given Carell’s ascension up the silver fox ladder.

“Did you get invited to silver fox, like, meetings?” Fallon joked. “Do you go to a club and, like, Anderson Cooper is there, Andy Cohen?”

“There’s a bracelet you can get. Mine says ‘Steve,'” Carell deadpanned. “And on the other side of the bracelet it says ‘hunk of man meat.'” Carell added that there’s one particular woman who’s become especially smitten with his aging process: “You know, my wife finally says she’s in love with me,” he said. 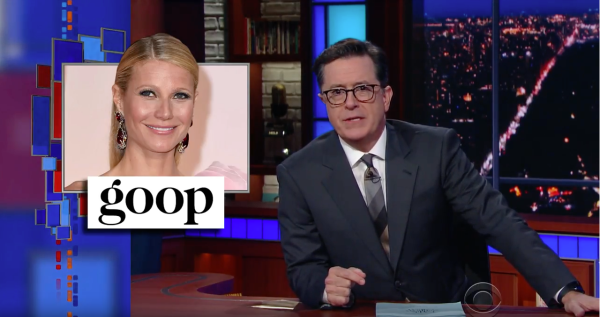 Stephen Colbert Has a Hilarious Takedown of Gwyneth Paltrow's Goop as the Perfect Substitute for Health Care
Next Up: Editor's Pick