Guy Fieri is a famous American chef. Whether you want to admit it or not, that’s the truth. His bleached, spiky hair is iconic. His adventures eating his way through America via greasy diner countertops are infamous. And his mysterious Donkey Sauce – a staple at his Times Square restaurant, Guy’s American Kitchen & Bar (the infamous slogan of which is, ‘Welcome to Flavor Town’), has enthralled food fanatics for years: What’s in it? Why do people love it so much?

In a new interview with Thrillist, Fieri reveals the secret behind the sauce – as well as few other surprising tidbits about his personality. Though he had previously revealed the origin story behind the sauce, he’s decided to be especially open with the American public this time, admitting what some people may have suspected all along.

“It’s aioli,” he said. “I called it Donkey Sauce because you have to make fun of it. It’s a quintessential ingredient in so many aspects of food, yet probably not the most beneficial except for flavor, probably the least beneficial, but it does have its place.”

So there you have it, Donkey Sauce and a schmear of some self-awareness.

The interview, in which Fieri comes off as a thoughtful, clever, risk taker – he convinced his parents to let him move to France for school when he was 16, for one thing – is worth a read. Highlights include the fact that he keeps his own “big organic garden,” at home, he watches his own shows and takes notes on his performance, and one incredibly poignant anecdote about sharing a plate of pancakes, waffles, and fried chicken with a child he met through the Make-A-Wish foundation.

He even touches on his infamous feud with Anthony Bourdain, saying only “You gotta know me to be able to tell me what you think I should be doing.”

And for a guy who spends his time eating food that can’t be considered healthy by any stretch of the imagination, he doesn’t mess with one much-loved comfort food: “If you’re gonna eat it, eat something really good. Don’t waste your time on a frozen pizza,” he advises.

At the moment, Fieri is preparing to film another a show. He and his family will “drive across country from here in Northern California to Miami in an RV.” He’ll be taking the trip with, “a 21-year-old, an 11-year-old, my wife, and myself and a crew of 15 people filming us, tailing behind as we go on every adventure, in, upside down, and around, as you can do.”

Fieri knows the world is laughing at him most of the time, but he doesn’t seem to care. After all, he’s still working consistently. If His past success is any indication, he’ll be driving that RV straight to the bank. 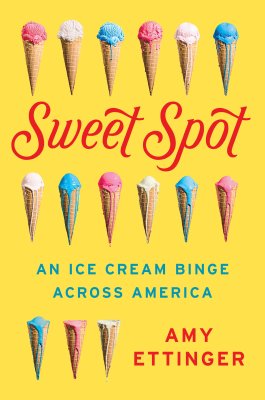 Where I Found My Perfect Scoop of Ice Cream
Next Up: Editor's Pick