Find Out Which Harry Potter House Your State Belongs In

By Chris Wilson and Friedrich Götz

In case you needed a better excuse to head to Hawaii over the summer, here’s one: You’ll meet a lot of Gryffindors. And if you head to our nation’s capital, beware: It has a high concentration of Slytherins mixed in with all the Ravenclaws.

For Monday’s 20th anniversary of the first Harry Potter novel, TIME and the Cambridge University Department of Psychology teamed up to create a new kind of Sorting Hat quiz: One that harnesses personality research to offer a scientific look at how well you would fit into each of the four Houses at Hogwarts.

So far, nearly 330,000 people in the U.S. have taken their quiz and agreed to contribute their results to research in the geographic distribution of personality traits. Based on these preliminary results, here’s how affinity for Gryffindor, Hufflepuff, Ravenclaw and Slytherin is distributed across the 50 states and Washington, D.C.

To gather data on the personality traits of each House, we began by recruiting hundreds of Harry Potter devotees to answer the same 21 questions in this quiz on behalf of 20 different characters from the books, five from each House. The responses showed clear differences between the personality traits our survey measures and the four Houses. For example, Gryffindors showed an unsurprisingly high statistical correlation with courage, while Hufflepuffs tended to score very high on humility.

MORE: The Ultimate Harry Potter Quiz: Find Out Which House You Truly Belong In

Using that data, we created a formula that analyzes responses to the same questions to measure how closely your personality resembles each House. To better visualize the differences between states, the above map shows how each location differs from the national average for each House. Overall, readers who took the survey were most likely to end up in Ravenclaw, often with another House as a close second. So a state colored green doesn’t mean, for example, that more Floridians were in Slytherin than any other House, but that residents of the Sunshine State were significantly more likely to be in Slytherin than the average American who took the quiz.

Our analysis found that Hufflepuff is clearly associated with the Midwest, while Slytherin gravitates to the South. Overall, you have the highest chance of encountering a Gryffindor in Hawaii, a Hufflepuff in North Dakota, a Ravenclaw in South Dakota and a Slytherin in West Virginia. States with two colors indicate that two Houses had almost identical weights, which should lead for some interesting fan rivalries on the Quidditch field. 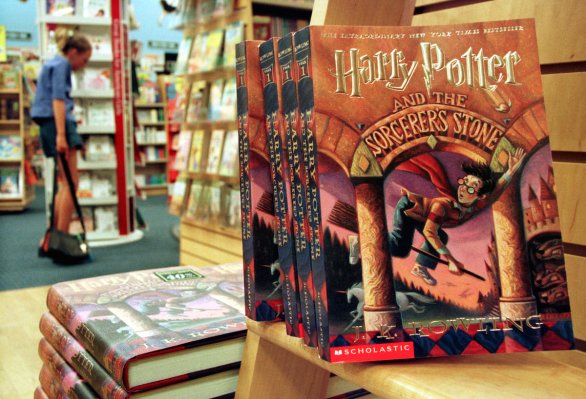 There's a Hidden Harry Potter Message in the New York Times Crossword For the 20th Anniversary
Next Up: Editor's Pick