President Trump Was on a Diplomatic Call. He Paused It to Single Out a Female Reporter

U.S. President Donald Trump has come under criticism for singling out a female reporter while speaking by phone with Irish Prime Minister Leo Varadkar, telling him the journalist “has a nice smile on her face.”

Caitriona Perry, the U.S. bureau chief for Ireland’s RTÉ News, was called over to Trump’s Oval Office desk just after he told Varadkar that “we have a lot of your Irish press watching us right now,” the Hill reports.

“Come here, come here. Where are you from? We have all of this beautiful Irish press,” Trump said, pointing at Perry and signaling for her to approach his desk. “Caitriona Perry. She has a nice smile on her face, so I bet she treats you well,” the President said to Varadkar.

Perry later tweeted a video of the exchange, describing the encounter as “bizarre.” 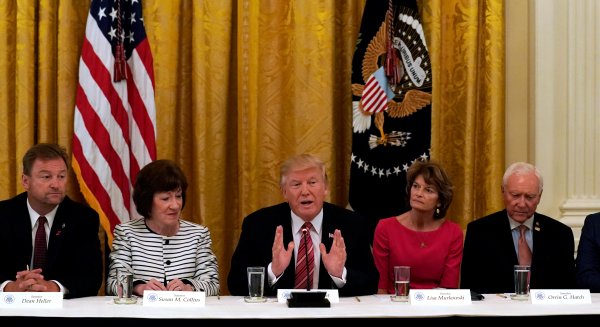