Senate Democrats said they were “alarmed” about Education Secretary Betsy DeVos’ enforcement of civil rights laws aimed at protecting students in a letter on Tuesday.

“We are extraordinarily disappointed and alarmed by recent actions you and your staff have taken that have diminished the U.S. Department of Education’s…enforcement of federal civil rights laws,” Senators wrote in the letter, adding that recent actions by the department had “reemphasized longstanding concerns about your dedication to the idea that all students, no matter their race, religion, disability, country of origin, sex, sexual orientation, or gender identity, have a right to receive an education free from discrimination.”

The letter was signed by 34 Democratic Senators, led by Washington Sen. Patty Murray, ranking member of the Senate Health, Education, Labor, and Pensions (HELP) Committee. The Senators cited proposed cuts to the budget of the Office for Civil Rights, as well as DeVos’ testimony about the federal government’s role in prohibiting discrimination and her defense of the Trump Administration’s decision to rescind guidelines that allowed transgender students to use bathrooms aligned with their gender identities.

“You claim to support civil rights and oppose discrimination, but your actions belie your assurances,” Senators wrote in the letter.

They gave DeVos a deadline of July 11 to provide a list of all open Office for Civil Rights cases involving a transgender student, open cases involving sexual assault or sexual harassment, and cases that have been closed or dismissed since Jan. 1. 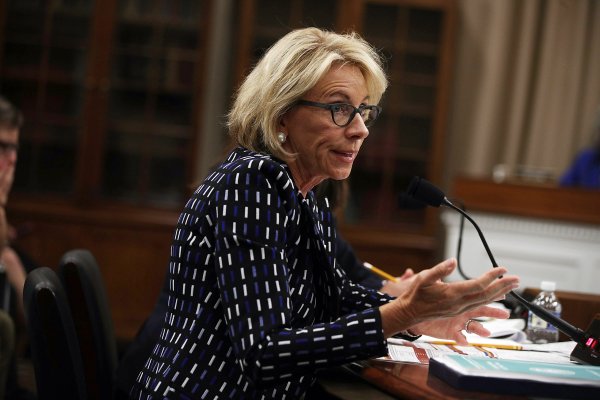