8 Ways to Get Your Posts Seen More on Facebook

Businesses are in a tizzy these days because the posts on their Facebook Pages are reaching fewer people. A recent study estimated that brand posts on Facebook are typically seen by about 6 percent of a page’s fans, and that figure is expected to fall further this year. The decline has created a growing tension between brands, which have used social media for free marketing for a decade, and Facebook, which is trying to boost its thriving advertising business and manage a deluge of content from individual users and Pages. One company went so far as to “break up” with Facebook because of its page’s declining reach, which yielded a “sorry I’m not sorry” response from the social network.

Despite the angry reaction, Facebook will continue to nudge brands toward paying to reach more of their fans. But there are some strategies page owners can implement to make their free posts more effective. Here’s a guide to making your Facebook Page work for you in the pay-to-play era.

Hidden in Facebook’s myriad settings options is the ability to target Page posts to specific users based on their age, gender, location, relationship status and other criteria. Brandon McCormick, Facebook’s director of communications, wouldn’t say whether a targeted post gets a greater organic reach within its subset of users than a post broadcast to all a Page’s fans. But anecdotal evidence from TIME’s Facebook account indicates that targeted posts reach a large percentage of the fans they’re aimed toward in some cases. Even without a boost in reach, a smartly targeted post is more likely to engage those users that do see it. Brands can enable post targeting by selecting “Edit Settings” from the “Edit Page” drop down menu in a Page’s admin panel.

Use Photos, But Make Them Original

Plain-text status updates have secretly been one of most effective types of posts for boosting organic reach for years, but the company announced in January that it would be reducing the distribution of text posts and increasing distribution of others. Photos, when used correctly, can be a win for both audience engagement and reach, and they align with the increasingly visual nature of the social network and its spinoff apps. But be wary of “meme photos,” stock images with humorous or dramatic text layered over them. Facebook has reduced their reach in a quest to promote what it deems “high quality” content.

Figuring out the best time to post on Facebook has been an elusive goal for social media practitioners for years. Consider this, though: with 757 million people now visiting Facebook every day, maybe you don’t want to post something at the same time as everyone else. If the type of content you’re posting might appeal to people who are awake late at night or early in the morning, try posting during off-peak hours. Remember that it’s easy to schedule a Facebook post in advance.

An increasing number of items that appear in the News Feed show a user’s friends engaging with other content—liking, commenting or sharing a post from another friend or Page. If you can get a conversation started with a post by asking a question, it’s more likely that your Page will be pulled into other users’ feeds. Make sure the questions are pertinent to your organization, though. “If you’re a small restaurant, [fans] would rather see what your specials are that night than for you to ask how their day is going,” McCormick says.

This may seem obvious, but remember that Facebook’s ultimate goal is to keep as many people as possible glued to the social network for as long as possible. If your posts keep people engaged, as measured by likes, comments, shares and time on screen, the social network will reward you with further reach. Spam up your page with excessive posts that no one likes or comments on, and your reach is likely to decline even faster than everyone else’s. The company now regularly resurfaces content that is more than 24 hours old if it’s receiving heavy engagement from users. “Brands are competing for a very, very small pool of space when they’re looking for organic reach,” says Nate Elliott, principal analyst at Forrester Research. “The best way to do that is to offer relevant content that attracts user engagement.”

Cross-Promote With Other Pages

Get mentioned in a post by another brand, and your Page could show up in the News Feeds of users who don’t already like your organization. Facebook added this feature in February, but stressed that such cross-promotions have to make logical sense in order to earn extra reach. Ensuring that the two Pages have a large pool of overlapping fans can help. Pepsi, for instance, could mention its subsidiaries like Frito-Lay and Gatorade in a post, or a city tourism page could work to cross-promote that town’s popular restaurants.

Hop on a Trending Topic

Facebook took a cue from Twitter earlier this year and introduced trending topics that attempt to summarize the biggest news of the day. When users click on a trending topic, they see a mix of content from other users and Pages about the story. Posts from friends or Pages a user is connected to get higher placement in the trending feed, so if the topics are relevant to your brand, consider joining the conversation or providing a useful link.

Facebook, of course, says this is the most straightforward solution. The company has simplified its ad unit offerings in the last year in effort to attract more customers. “If you’re a business, advertising is probably the best bet for you because what you really care about is guaranteed reach,” McCormick says. “It’s not a great marketing strategy throw something out there and hope somebody sees it.” He points out that Page fans still matter for paid posts because Facebook offers discounts on ads that can be delivered with a social context (basically showing a user that one of their friends also likes the brand featured in an ad). More Page fans means more opportunities to provide this context and buy cheaper ads. 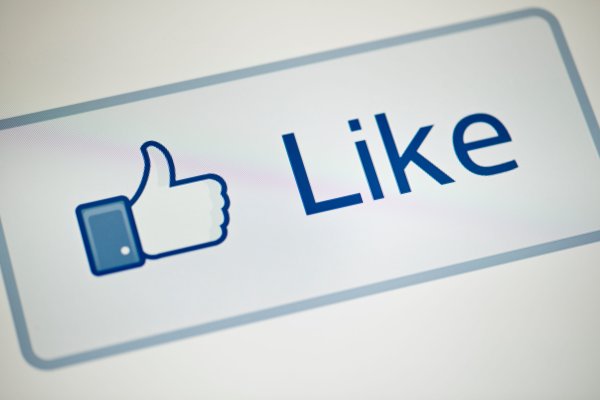