Does Pink Himalayan Salt Have Any Health Benefits?

Pink salt is everywhere: in salt grinders, craggy-looking lamps, sunset-hued slabs designed for cooking steak and even in “salt rooms” at spas. But is pink Himalayan salt worth all the attention? We checked out the science behind this recent health phenomenon.

The thing: Pink Himalayan salt is made from rock crystals of salt that have been mined from areas close to the Himalayas, often in Pakistan. It gets its rosy hue from trace minerals in the salt, like magnesium, potassium and calcium. Pink salt is often found as smaller crystals in salt grinders, as large, glowing pink or orange chunks in pink Himalayan salt lamps and in the walls of “salt chambers” at spas that promise an instant detox.

The hype: People claim the salt does all kinds of things. It’s rumored to be healthier for its greater concentration of trace elements. In lamp form, companies claim that it eases symptoms of seasonal affective disorder (SAD), increases energy and improves sleep by cleansing the air from pollutants like dust and pollen. It supposedly does this by absorbing water molecules from the air and releasing negative air ions, which are said to get rid of particles like dust that can cause respiratory problems, like allergies and asthma, and affect mood. Spas have also jumped on these claims to offer Himalayan salt-based therapies, where people sit in rooms and breathe deeply while tiny particles of salt are dispersed into the surrounding areas, ostensibly easing respiratory conditions.

“Marketers tout their supposed ability to release negative ions that may enhance physical and emotional health,” says Dr. Andy Weil, the founder and program director of the University of Arizona Center for Integrative Medicine. This is based on the idea that air near moving water contains high levels of negative ions, which some researchers have suggested is one reason why spending time in nature has been linked to health benefits. Whether a man-made product can produce the same effect, however, is more dubious.

The research: Some data suggests that blasts of positive ions—like those from electronics or hot air— may impair mood and physical health by increasing feelings of stress and anxiety, and some studies show that negative ions in the air may do the opposite and improve people’s mood. But this is not a definitive claim—and pink salt lamps have not been shown in studies to generate negative ions, anyway. “There is no scientific support for such claims related to Himalayan salt lamps,” says Weil.

Even air purifiers that do generate negative air ions—so-called “ionizers”—are typically too small to be effective, and experts don’t recommend them. The salt lamps may also come with a major unrelated downside. In January, 80,000 pink Himalayan salt lamps were recalled after it was discovered that they could shock people and catch fire.

As for the edible salt, some argue that it tastes better than the regular white variety when used in cooking, and that may well be true for some people. “All salts vary somewhat with respect to trace mineral content and texture,” says Weil. Proponents claim that pink salt has more minerals than typical salt—but you aren’t likely to get any extra health perks from eating it, Weil says. Pink Himalayan salt is nutritionally very similar to regular salt. It’s just prettier and more expensive.

Salt therapies at spas are also not yet backed by solid evidence. “Salt therapy has been used and debated for centuries in medical practice, but it’s been more recently used as a complementary or alternative medicine practice,” says Dr. Lily Pien, an allergist at Cleveland Clinic. “At this time, it has not been definitely studied, and the true benefits are not well known.” One possible benefit of the therapy may not come from the salt at all, she says. Giving yourself 30-45 minutes of quiet time is a known stress reliever.

The bottom line: If you want to add a pinch of pink salt to your food, go ahead, but you probably won’t reap any special health benefits. There’s even less evidence for basking in the glow of a pink Himalayan salt lamp or indulging in a salt-based spa treatment. The most you’ll get out of this rock is eye candy, says Weil. “Some feel it offers decorative value,” he says, but don’t expect much else. 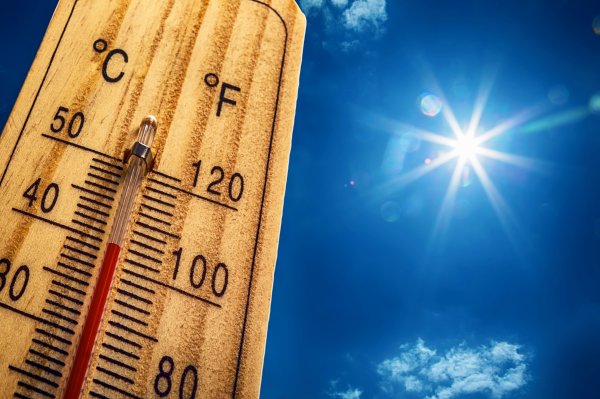 You're Not a Nice Person When It's Hot Outside
Next Up: Editor's Pick