Where I Found My Perfect Scoop of Ice Cream

Dutton
Ideas
By Amy Ettinger
Ettinger is the author of Sweet Spot: An Ice Cream Binge Across America.

After zigzagging across the country searching for America’s best ice cream, I found myself in the Capitol Hill neighborhood of Seattle on the 32nd Annual National Ice Cream Day. It was a rare sunny day, and the whole city seemed to be at Molly Moon’s, where the line wrapped around the block.

President Ronald Reagan created National Ice Cream Day in 1984. The same year he joked he was “outlawing Russia forever,” he proclaimed that “ice cream is a nutritious and wholesome food, enjoyed by over ninety percent of the people in the United States.”

I was torn between a need to see what all the fuss was about at Molly Moon’s and my refusal to stand in a crowd with the hot sun baking us.

I weighed my time in the sunny line against the potential for great disappointment. On my quest to find the best ice cream for my book, I’ve been carjacked, eaten mealworms glazed with toffee and lunched on ground-mustard ice cream served on a charcuterie platter with aromatic pickles. Hadn’t I already sacrificed enough of my time, and even my dignity, to American ice cream? My husband and I decided to take our daughter to play at the park, instead.

The next day when we went back to Molly Moon’s, there was no one ahead of us and we sampled almost everything. Research suggests that ice cream is like crack in the way it acts on our brains, and in my case, it may be true. The more I have, the more I want, and the more difficult it is to find satisfaction. I have in fact become a greater ice cream snob.

So I didn’t buy a whole scoop. Dan, Julianna and I wandered the streets of Capitol Hill aimlessly, until we saw Kurt Farm Shop, almost hidden from sight on Chophouse Row. We walked through the door and were immediately greeted by large photos of a Jersey cow. I was intrigued. I’d learned that most milk in the country comes from Holsteins — strapping black-and-white cows that are famous for their placid demeanors and their profligate milk productivity. It was rare to find ice cream made from the milk of a Jersey, which has more butterfat and higher protein than Holstein milk. Some say the Jersey milk is easier to digest.

I spotted a middle-aged man behind the counter — an odd demographic for a scooper at an ice cream shop. I was startled by the creaminess of the ice cream samples he gave me. I always have an odd reaction when I sample something I’m not expecting. Sometimes it takes me days to figure out whether I love something or hate it. Finally, my senses began to defrost, and I was able to form a question. “Do you know where the ice cream base comes from?” I asked the man behind the counter.

It was then that I realized the man behind the counter was none other than Kurt Timmermeister, an award-winning cheese maker and former restaurateur, hailed by the New York Times as a “table-to-farm pioneer . . . a sometimes tetchy but always passionate, detail-driven” food craftsman.

“You actually milk the cows, make the ice cream, and scoop it?”

He nodded, but then added a slight correction: He didn’t actually do the milking himself. His farm was on woodsy, sparsely populated Vashon Island near Seattle, accessible only by ferry; it has no bridge link to the mainland. He has about fifteen Jersey cows. His base is pasteurized and made at the farm before he delivers it via ferry to the shop, where he churns it himself. He grows most of the fruits that flavor his ice cream, including blackberries.

“I want things very simple and very high quality,” Kurt said. “It’s a pain. It’s a challenge to do it every day.”

The ice cream was incomparable. It’s one lesson I’ve learned on my ice cream journey: Somehow hearing about the travails of America’s high-end food suppliers makes the food taste better.

I bought a scoop of Jersey Cream from Kurt. It was just-churned ice cream base, with nothing, not even a droplet of vanilla, to goose the flavor. I stood outside eating it with a miniature flat wooden spoon. It was dense, but it didn’t have that annoying chewiness that can ruin superthick ice creams. Kurt doesn’t use nonfat milk powder. He believes in using only “extraordinary” liquid milk. Buying bagged, dehydrated milk goes against his food belief system. Instead, he uses dry tapioca to keep his product from becoming icy.

It surprised me to learn that Kurt doesn’t want to bring his superior ice cream to the greater masses. “It’s important to me that it’s not available in grocery stores,” he said. “I don’t want to be a part of that. If you want it, you have to come here.”

But what if you live a thousand miles away? This was the high cost of my journey. My ice cream odyssey had left me with a craving for all the good places I’d tried, and I can’t get back to soon enough.

I never know when I try a new place if the ice cream will be weak or creamy, whether I’ll feel disappointment or rapture. And so my ice cream odyssey continues, as I seek out the next revelation, one dripping scoopful at a time.

Ettinger is the author of Sweet Spot: An Ice Cream Binge Across America, from which this essay is adapted. 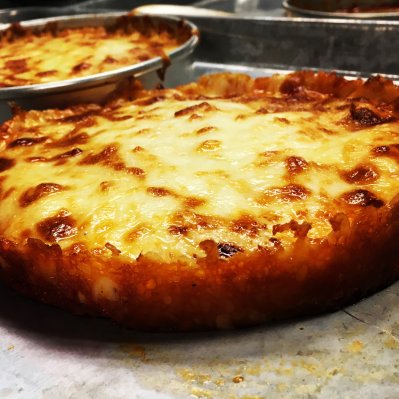 You Can Now Buy Marijuana-Infused Pizza
Next Up: Editor's Pick