Rapper and noted basketball enthusiast Drake doubled down on his love for the sport when he hosted the first-ever NBA Awards in New York on Monday night.

While Russell Westbrook and Draymond Green took home top prizes that night, Drizzy also made a case for being one of the great winners of the night with his hosting duties, which included a hilarious skit that poked fun at golden couple of the NBA, Golden State Warriors champ Steph Curry and wife Ayesha.

In the skit, which riffs on the horror film Get Out, Drake plays Steph, who’s chilling at home after winning the NBA Finals. After receiving a call from Draymond Green who wants to party, Steph makes plans to hit the streets but is ultimately stopped by Ayesha who employs the same methods as the family in Get Out to keep Steph at home.

Watch the full skit below. 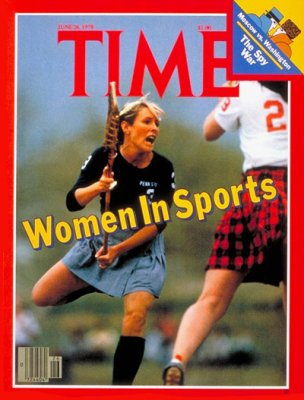 How Title IX First Changed the World of Women's Sports
Next Up: Editor's Pick