Why Total Solar Eclipses Are So Rare

By Lon Tweeten and Jeffrey Kluger

The solar eclipse that will cross the continental U.S. this Aug. 21 will attract a huge audience — and rightly so. The millions of people who are expected to witness the astronomical event won’t show up just because solar eclipses are exceedingly beautiful — they’re also exceedingly rare. Here’s why.

A solar eclipse occurs when the moon passes completely in front of the sun, casting a shadow that darkens a portion of the Earth. Since the moon takes roughly one month to complete a single orbit of Earth, solar eclipses could theoretically happen once a month, too. There are other variables at work, however, that ensure that they don’t.

For one thing, the moon’s orbit is inclined relative to the Earth’s equator. That means that most of the time the moon eclipses the sun, the shadow it casts falls either above the Earth or below it. Here on the ground, the sun looks just as it always does. It’s only when the moon passes the sun when it’s in just the right spot in its orbit that the shadow reaches us.

What’s more, in a wonderful bit of cosmic serendipity, the sun is about 400 times larger than the moon, but it is also about 400 times farther away, making the two disks appear to be the same size in the Earthly sky, giving the total solar eclipse its perfect visual fit. But the moon and sun don’t always fit together so perfectly. That’s because the moon’s orbit is not a perfect circle, but rather is an ellipse — which means the moon’s distance from Earth ranges from a low of about 220,000 miles (354,000 km) to a high of about 250,000 miles (402,000 km). When the moon is farther away, it appears to be smaller. An eclipse that occurs at this point is known as an annular eclipse, with the sun becoming only partly obscured, because the moon appears too small to block it entirely. The effect is still striking, but it lacks the dazzle of totality.

Add to all of these variables the fact that about 70% of the Earth’s surface is water, meaning that, by definition, only 30% of all total solar eclipses that do occur are visible from land. And then there’s the everyday matter of the possibility of cloud cover at the precise moment an eclipse is occurring. No clear sky, no eclipse for you.

If you need one more incentive to watch the eclipse as it’s happening, consider this: a total solar eclipse occurs on a given spot on the planet only once every 375 years. Catch this one or be prepared to wait a long, long time.

Write to Lon Tweeten at lon.tweeten@time.com and Jeffrey Kluger at jeffrey.kluger@time.com. 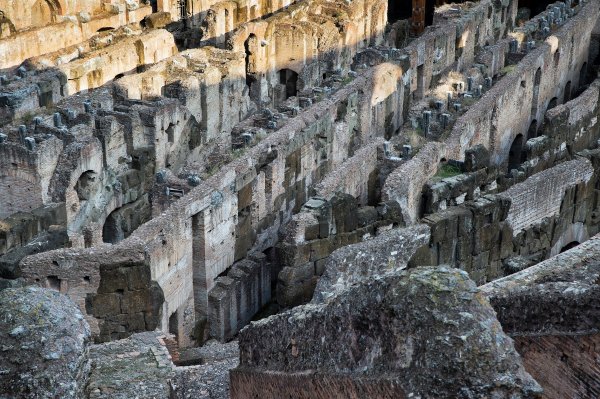 Scientists Have Figured Out How Ancient Rome's Concrete Has Survived 2,000 Years
Next Up: Editor's Pick