John McEnroe said he will not apologize for claiming Serena Williams is only as good as the 700th-best male tennis player in the world.

Instead, McEnore lamented that tennis players are often asked to rank each other, regardless of their gender — which he says athletes in other sports rarely consider.

When asked why he would make the comment, McEnroe said: “It wasn’t necessary. I didn’t know it would create controversy.”

“She’s the greatest female player that ever lived,” McEnroe said.

McEnroe, a retired tennis star who is now promoting his new book, was given the chance to re-do his rankings on CBS This Morning. He placed Williams in the fifth spot. “OK, you happy now?” he appeared to joke. As for himself, McEnroe said he “would be, currently, about 1,200 in the world.” (When he was active in the sport, McEnroe had attained the No. 1 ranking in singles and doubles.)

Williams called out McEnroe on Twitter Monday evening, asking him to “please please keep me out of your statements that are not factually based.”

“Respect me and my privacy as I’m trying to have a baby,” Williams, who is pregnant, tweeted. “Good day sir.”

Williams has won 23 singles Grand Slam titles, 14 more in doubles and is widely regarded as one of the greatest athletes in the world.

McEnroe’s initial comments came as he was responding to a question from NPR about why he doesn’t call Williams the greatest tennis player, period.

McEnroe’s assessment of Williams’s rank among her male counterparts differs from one he gave in the past. In 2015 after her Wimbledon win, McEnroe called Williams “arguably the greatest athlete of the last 100 years,” according to ESPN. 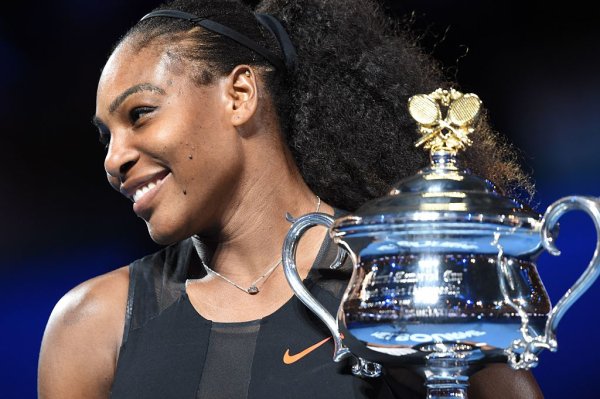 Serena Williams Hits Back at John McEnroe on Twitter
Next Up: Editor's Pick