Chinese Premier Li Keqiang stressed the benefits of globalization and need to combat climate change during the opening address of a World Economic Forum (WEF) meeting Tuesday, in a clear rebuke of the protectionist economic measures and retrograde environmental policies advocated by U.S. President Donald Trump.

Echoing the sentiments of President Xi Jinping, who became the first Chinese leader to address the WEF summit in Davos in January, Li told the organization’s 2017 Meeting of the New Champions in the northeastern Chinese city of Dalian that “to promote inclusive growth we need to firmly uphold economic globalization.

“Economic globalization has greatly facilitated the flow of capital and personnel,” he added. “It has provided producers with a bigger market and presented consumers with more choices.”

Li’s remarks were another Chinese broadside against Trump’s condemnation of global free trade as being responsible for stealing American jobs, withdrawing the U.S. from the Obama-led Trans-Pacific Partnership (TPP) free trade pact and announcing his intention of renegotiate NAFTA.

Trump has vowed to introduce large import levies, especially targeting China and Mexico, in a bid to force American companies to bring low-skilled manufacturing jobs home. “Globalization has made the financial elite who donate to politicians very, very wealthy,” he said on the campaign trail. “I used to be one of them.”

On June 1, the former reality TV star also announced he would withdraw the U.S. from the Paris Climate Accords, which aim to limit global average temperature rises to 2°C by 2100, joining Syria and Nicaragua as the only other nations to opt out. He has also advocated returning to heavily polluting coal power.

Read More: Why an Unlikely Hero Like China Could End Up Leading the World in the Fight Against Climate Change

Despite being by far the world’s worst carbon emitter, where dire air and soil pollution is thought responsible for millions of deaths, China has embraced renewable energy and has set itself up as a global leader on green issues following America’s backtracking on the issue. According to the International Energy Agency, China installed more than 34 gigawatts of solar capacity in 2016 — almost half of global added capacity and more than double the U.S.

“Countering climate change is the responsibility of the international community,” Li told assembled executives in Dalian. “China will honor its commitment and implement measures to deal with climate change although China is still a developing country.”

Li also emphasized efforts to make China an attractive environment for investors, seeming to address Washington’s concerns that Beijing has not being playing fair by cutting off large sectors of its economy to foreign capital.

“We will further relax market access for the service and manufacturing sectors and relax foreign investment quotas in some areas,” he said, adding that for foreign companies investing in China, “there will be no restrictions on the flow of your profits.”

At the same time, the Chinese government is currently clamping down on foreign Chinese overseas that have put pressure on the national renminbi currency and drained foreign exchange reserves.

Chinese companies invested $225 billion overseas last year, and last week the China Banking Regulatory Commission ordered lenders to report their credit exposures to Anbang Insurance Group and three other private conglomerates that have recently been hoovering up foreign assets, especially in the U.S.

Read More: Why a New Cold War With China Would Be Risky For Donald Trump

Anbang bought New York’s Waldorf Astoria for $1.95 billion in 2014 and until recently was negotiating with Jared Kushner over a Manhattan office tower, as part of a total of $11 billion of foreign acquisitions since 2014, according to the U.K. Financial Times citing Dealogic statistics. Company chairman Wu Xiaohui was detained June 9 and remains under investigation for “economic crimes,” according to Bloomberg.

Anbang’s combined assets rocketed from $23 billion to $365 billion over the past three years, dwarfing the rise of even top venture capital firms, despite Anbang being, on paper at least, an insurance company that should prioritize steady, low-risk growth products. It is understood to have leveraged high amounts of debt that have concerned the Chinese government.

“There are obviously governance issues there for anything that grows that quickly,” says John Gruetzner, co-managing director of Beijing-based investment firm Intercedent. “There is obviously concern from a regulatory point of view about some of their practices.”

According to Brock Silvers, managing director of Shanghai-based investment advisory firm Kaiyuan Capital, “If someone like Wu Xiaohui can experience problems despite his pedigree, then no one is completely immune.” 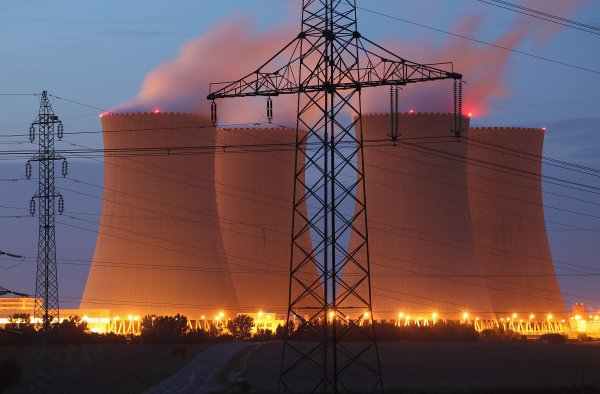