President Barack Obama and his family were seen river rafting on the Ayung River in Bali during their nine-day trip in Indonesia, Associated Press reports.

The Obamas took to the water on Monday, June 26 after arriving in the country on Friday, June 23. Indonesia’s President Joko “Jokowi” Widodo extended an invitation to Obama to visit the presidential Bogor Palace after leaving the White House. Upon arrival, the Obamas headed to a resort in Ubud, which is an arts and cultural center, according to Associated Press.

The Obamas’ trip to Indonesia holds significance: his mother, Ann Dunham conducted anthropological research there. Base Commander Col. Wayan Superman said that Obama’s half-sister, Maya Soetoro-Ng, joined the family to visit the ancient city of Yogyakart, a research site of hers.

Other items on their travel itinerary include visiting Borobudur, a 9th-century Buddhist temple complex, according to local media. Obama is also scheduled to speak at the Indonesian Diaspora Congress on July 1. 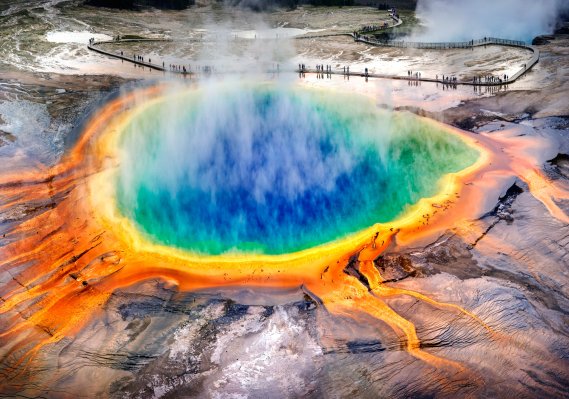 These Are the Most Colorful Places on Earth
Next Up: Editor's Pick