The Senate’s version of the Obamacare repeal bill would result in an additional 22 million people losing insurance by 2026, the non-partisan Congressional Budget Office said in its analysis on Monday.

The bill would reduce the federal deficit $321 billion by 2026, an increase of $202 billion in savings from the version of the bill that passed the House of Representatives last month.

But much of those savings come from reducing the funding for Medicaid, cuts the CBO estimates will amount to $772 billion. By 2026, 49 million Americans would be uninsured should this bill become law, in comparison with the 28 million people who would remain uninsured by that year if the Affordable Care Act remained in place. Lower income people between the ages of 50 and 65 would be among the biggest group of those without insurance. For people under 65, enrollment in Medicaid would fall 16% by 2026.

Savings would also come by changing the Affordable Care Act’s subsidies to nongroup health insurance. Cutting federal funding for Planned Parenthood for one year, another provision included in the bill, would ultimately reduce spending by $146 million for the net decade, but would increase Medicaid spending and have the biggest impact on coverage for low-income populations in areas with few other health care options.

Overall, the estimates regarding the number of uninsured, which are just 1 million fewer than the number estimated in the House’s version of the bill, coupled with the steep cuts to Medicaid, will likely pose a further impediment to Senate Majority Leader Mitch McConnell’s ability to garner enough votes in the Senate for the bill to pass.

The analysis of the bill is unlikely to quell the concerns of Republican Senators who are on the fence about supporting it, particularly those concerned about the effect the Medicaid reductions will have on their constituents, like West Virginia Sen. Shelley Moore Capito and Louisiana Sen. Bill Cassidy, and those who have previously opposed the Planned Parenthood provision, like Sens. Susan Collins and Lisa Murkowski

With the Democrats universally opposed to the bill, McConnell can only afford two defectors, and five Senators have already come out against it.

The CBO had previously determined that the version of the Obamacare repeal bill that passed the House in May would increase the number of uninsured by 23 million, to 51 million, in comparison with the 28 million that would have been uninsured if the Affordable Care Act remained in place.

The CBO also estimates that, even though premiums in 2020 would be 30% lower than the Affordable Care Act, fewer people with low-incomes would choose to purchase a plan because it would be such a high percentage of their income.

The Senate bill repeals the Obamacare mandate to buy health insurance or pay a fee, although the Senate introduced a revision Monday that if individuals have coverage lapses for 63 days, they must wait 6 months before insurance can take effect once they decide to purchase it. The CBO estimated that would slightly increase the number on insurance, but not in 2019, because the premiums would be so high.

Democrats were quick to pounce on the bill, decrying it as a tax cut for the wealthy that would hinder the less fortunate. The bill would repeal the parts of the Affordable Care Act that increased certain taxes on the wealthiest Americans, as well as a tax credit for some small businesses to provide healthcare.

“CBO’s report today makes clear that this bill is every bit as “mean” as the House bill,” said Senate Minority Leader Chuck Schumer. “This CBO report should be the end of the road for Trumpcare. Republicans would be wise to read it like a giant stop sign.”

“Now we know why the [Senate GOP] hid their monstrosity of a “health care” bill,” tweeted Senator Elizabeth Warren.

Republican reaction was slower to trickle in. The Senate budget committee released a statement touting the statistics from the report about lowering premiums and reducing the deficit, as did McConnell. But many other senators, particularly those who are undecided, did not immediately release statements.

The Republican National Committee immediately released a statement challenging the CBO, and the White House followed up with its own shortly after. “The CBO has consistently proven it cannot accurately predict how healthcare legislation will impact insurance coverage,” the White House said in a statement.

Although the CBO acknowledged uncertainty in its report, it did express confidence about two components that are sticking points for some Senators still wavering on their support for the bill: the decrease in Medicaid spending, and the increase in the number of uninsured individuals. 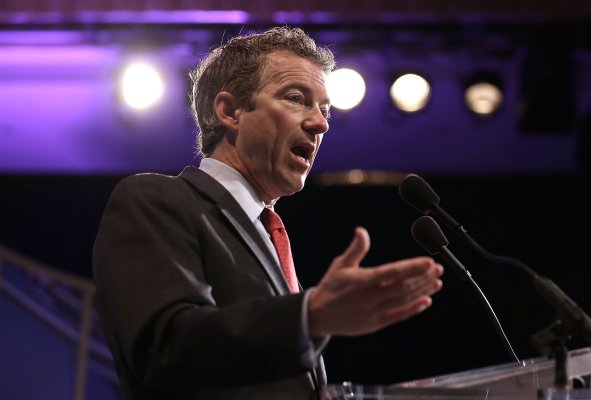 Here Is Every Republican Senator Who Opposes the Health Care Bill
Next Up: Editor's Pick