The Hidden Dangers of Makeup and Shampoo

There’s more to your makeup than meets the eye. New research shows that health-related complaints about cosmetic products like shampoo and makeup are at an all-time high since the U.S. Food and Drug Administration (FDA) began keeping track more than a decade ago.

That’s concerning, because when cosmetic products cause health issues, addressing the problem—or even getting a potentially unsafe product off the market—isn’t a simple process. Currently, cosmetic manufacturers have no legal obligation to report health problems from their products to the FDA. Cosmetics also do not need to go through a pre-market approval process before they are sold in stores, and regulators do not assess the safety and effectiveness of the claims on the products. Instead, people and doctors are asked to report any health complications to the FDA’s database (called the Center for Food Safety and Applied Nutrition’s Adverse Event Reporting System, or CFSAN). If the FDA sees any increases that warrant concern, they can investigate.

“As a dermatologist, we live and breathe cosmetics and personal care products,” says study author Dr. Steve Xu, a resident physician in the department of dermatology at Northwestern University Feinberg School of Medicine, citing his motivation for the study. “I get asked every day, ‘What is safe to use?'”

In the new research letter, Xu and his colleagues looked at the number of adverse events reported to the FDA and found that over a 12-year period, there were 5,144 health-related complaints submitted due to cosmetic products.

The study authors were able to evaluate the number of cases reported to the agency because in 2016, the FDA made the CFSAN database publicly available. The new researched shows that between 2004 and 2016, an average of 396 events were reported per year, with an increase between 2015 to 2016. The three most commonly cited products were for hair care, skin care and tattoos. “This isn’t designed to be alarmist,” says Xu. Still, “we have this huge industry and there are lots of chemicals in these products that largely go unregulated.”

Relying on self-reported cases means there’s a lot of underreporting, and it can be tough to definitively determine whether a given item is causing harm—even when there’s a spike in complaints. In 2014, for example, the FDA started to investigate WEN by Chaz Dean Cleansing Conditioners when the product received 127 complaints from users that it was causing their hair to fall out, among other problems. When the FDA reached out to the company, they discovered that the manufacturer had received 21,000 complaints related to hair loss and scalp problems. However, as of now, the product remains on the market.

In a corresponding editorial, three experts—including the most recent former commissioner of the FDA, Dr. Robert M. Califf—say that the challenge of overseeing cosmetic safety is “daunting” for regulators. The global cosmetics industry is expected to reach $265 billion in revenue in 2017, yet, the FDA’s Office of Cosmetics and Colors has a budget of about $13 million for 2017. “For products that are used routinely, small effects over time within large populations can be almost impossible to detect without active surveillance,” they write. “Even when health risks are substantial, as with tobacco products, the path to identifying and interpreting those safety signals clearly enough to justify regulatory action is often long and tortuous.”

To combat the problem, the writers of both the study and the editorial argue that better surveillance is needed. Xu encourages more people and their doctors to provide thorough reports to the FDA, and he argues companies should take a greater role in this reporting, too. “I think broader reporting from all parties and mandatory reporting from manufacturers is not a controversial thing to ask for,” says Xu. Increasing the agency’s budget and oversight is another solution, and the editorial authors argue the agency is “underresourced for even the very limited responsibilities it currently has for the safety of cosmetics.” However, a bump to the FDA’s budget, at least for now, doesn’t seem likely, as the agency is facing the potential for budget cuts in the near future. 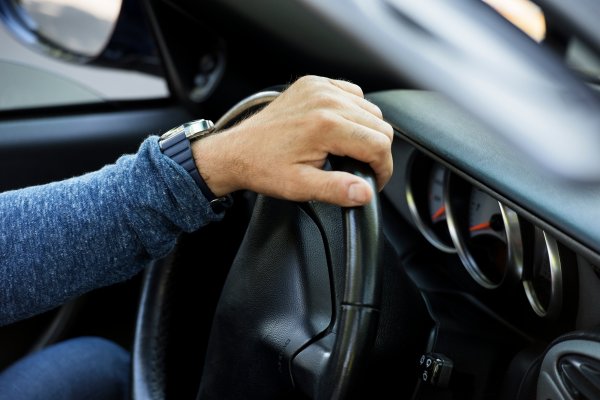 Why You Really Shouldn't Follow a Friend in Your Car
Next Up: Editor's Pick