Privacy advocates are sounding the alarm after security officials at some airports have been inspecting passengers’ books and other paper materials.

“Books raise very special privacy issues,” wrote American Civil Liberties Union Senior Policy Analyst Jay Stanley in a recent blog post. “There is a long history of special legal protection for the privacy of one’s reading habits in the United States, not only through numerous Supreme Court and other court decisions, but also through state laws that criminalize the violation of public library reading privacy or require a warrant to obtain book sales, rental, or lending records.”

In late May, the Sacramento Bee reported on paper screenings at the Sacramento airport. A similar screening was tested at the Kansas City International Airport in May, but the procedure was stopped shortly thereafter. TSA officers at the two locations asked passengers to remove books and magazines for screening, but the initiatives are no longer in place, according to officials.

“Earlier this year, TSA tested procedures that called for books being separated from other items during x-ray screening,” TSA said in a statement to TIME. “This test protocol was designed so operators could have a clearer view of carry-on baggage at checkpoints. Like many tests TSA performs at checkpoints around the country, we collected valuable data but, at this time, are no longer testing or instituting these procedures.”

Correction: The original version of this story incorrectly described the screening of paper books at U.S. airports. The TSA says those screenings have stopped, they are not ongoing at several airports. 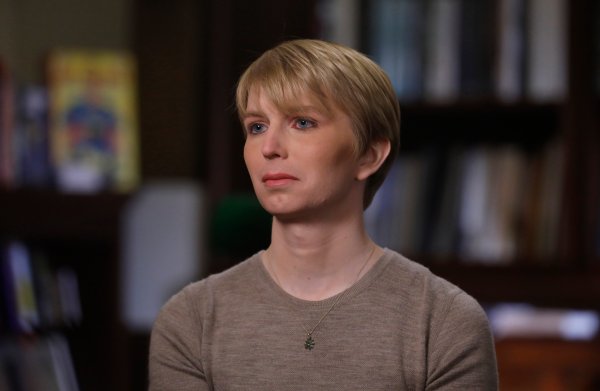 Chelsea Manning Marched With the ACLU in New York's Pride Parade
Next Up: Editor's Pick