To mark the anniversary, Instagram posted a heartfelt tribute to the magical series. The illustration, drawn by “self-proclaimed Hufflepuff” Taryn Knight, shows Harry casting a Patronus spell to ward off an attack by the chilling Dementors. Like many Harry Potter fans, Knight fell in love with the world of wizards and Muggles as a young girl. “I just kept reading them over and over,” she says in the caption of the picture posted by the official Instagram account. “Something just clicked. I was immediately obsessed.” As she started to explore her talent for drawing, she says her “passion for Harry Potter began to creep in.” It shows in the illustration, which reveals a true fan’s love for the subject.

Instagram was not alone in paying homage to Harry Potter. Facebook presented its users with an easter egg that casts a colorful spell on the social network. 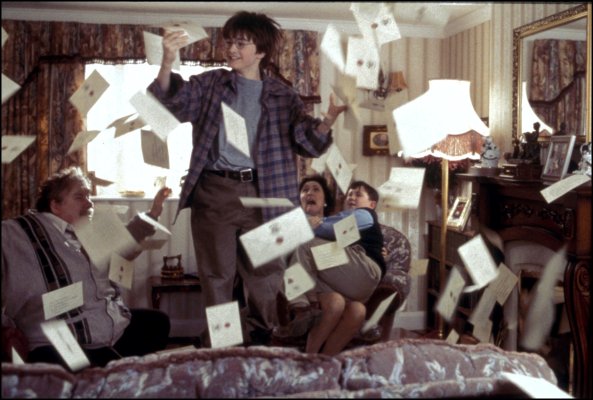 Why Harry Potter Matters 20 Years Later
Next Up: Editor's Pick