See Scenes of the Pride Parade in New York City

Parades and celebrations across the country are expected to take place Sunday in honor of gay pride month.

A number of major U.S. cities including New York City, San Francisco and Chicago will have pride parades, where thousands people are set to flood the streets with rainbow-colored flags flying high.

Pride month takes place in June in honor of the 1969 Stonewall Riots, which is known as one of the first demonstrations for LGBTQ rights in U.S. history and sparked the gay rights movement. The Stonewall Inn, a bar in New York City where the riot took place, was named the country’s first national monument for gay rights by former President Barack Obama in 2016.

Obama and former President Bill Clinton had both declared June the official month for LGBTQ pride. But while President Donald Trump has not made the same declaration, that has not stopped the celebrations from happening around the country.

Some pride events include celebrations beyond the parade. In New York City, Heritage Pride, a nonprofit organization involved with the planning of the month’s festivities, is also hosting rooftop parties, movie screenings, a youth pride parade and a number of concerts. 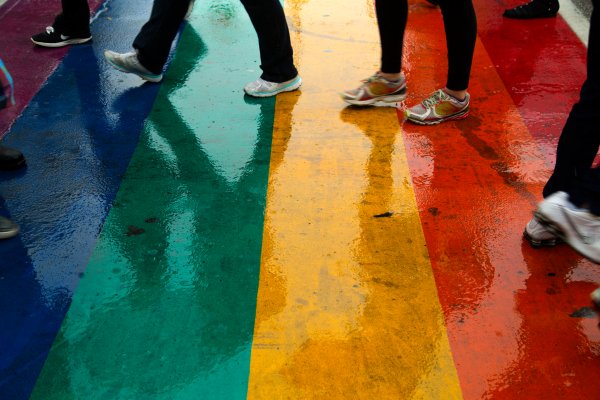 This Rainbow Crosswalk Is Now a Permanent Fixture of LGBTQ Pride
Next Up: Editor's Pick