The Oxford English Dictionary Just Added 'Woke.' It's Older Than You Might Think

Slang is almost always older than you think. English speakers have been calling stylish people “fly” since at least 1953. Though it’s everywhere now, the first known use of OMG goes back to 1917. And the Oxford English Dictionary’s latest update shows that the same is true of woke: The term, which has spread virally in recent years after being embraced by the Black Lives Matter movement, has been used to describe those who are aware since the early 1960s.

Here’s how the OED defines it.

The OED added that word, along with scores of others, in its quarterly update this June. Before editors add any word, they dig to find the earliest examples they can of it being used.

Long before the word woke had anything to do with issues of inequality, some were using it to simply mean awake, says Katherine Martin, head of Oxford’s U.S. dictionaries. She gives the example of an event held in Harlem in the 1920s, which ran from 5 p.m. to 5 a.m., called the “Stay Woke Ball.” By the 1960s, people had begun using the word to signal a more figurative sense of being awakened, referring to those who are aware or well-informed.

Also added in this OED update is a new use of the word thing — as in “Is that even a thing?” — and the first usage that editors could find in published work was in an episode of screenwriter Aaron Sorkin’s Washington, D.C.-based drama West Wing. The OED defines this usage as “a genuine or established phenomenon or practice,” and in the show, one of the characters expresses surprise about “leaf peeping” being such a thing. The episode aired in the year 2000.

According to the OED update, English speakers have been using the phrase son of a bachelor to express contempt (without cursing) since the 1600s. They have been dismissing experts in the study of insects as “bug chasers” since 1889. And they have been jokingly referring to sperm as “swimmers” since the 1980s.

Here is a selection of words that the OED is adding in this latest batch:

Boston marriage (noun): used euphemistically to refer to the cohabitation of two women, esp. in a romantic relationship or intimate friendship

bug chaser (noun): a person who studies or collects insects or other bugs; an entomologist. Often somewhat depreciative.

come-to-Jesus (adjective): of a meeting, discussion, encounter, etc.: that results or is intended to result in a significant shift in the current way of thinking about or doing something.

post-truth (adjective): relating to or denoting circumstances in which objective facts are less influential in shaping political debate or public opinion than appeals to emotion and personal belief.

son of a bachelor (noun): used as a term of abuse or contempt.

unclick (verb): on a computerized form or menu: to deselect

uptalk (verb): to utter declarative statements with a rising intonation at the end (a speech pattern more typically associated with questions). 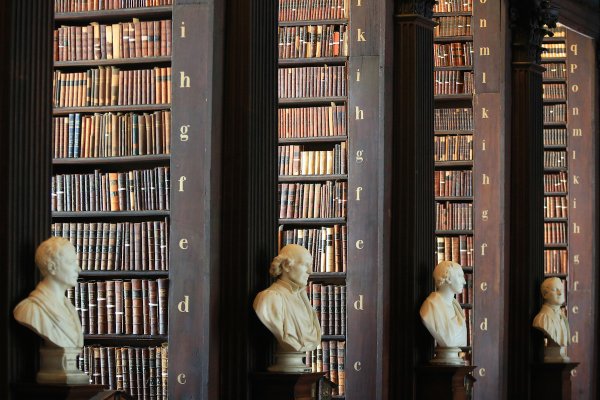 This Is Where the Word 'History' Comes From
Next Up: Editor's Pick