Didn’t have the cash (or, ahem, feel the call of duty) to pay extra for the Legacy, Digital Deluxe or Legacy Pro editions of Activision’s Call of Duty: Infinite Warfare last year, which included an exclusive copy of Call of Duty: Modern Warfare Remastered?

Activision just confirmed they’ll release the latter as a standalone download on PlayStation 4 next week, June 27. The game’s spiffed up visuals wrapped around the same campaign and multiplayer modes and maps can be yours for $39.99.

PC and Xbox One players can presumably get it a bit further down the road, though all Activision has to say about that at this point is “other platforms to follow.”

It’s a shame it took this long, and I’m conflicted about companies using this sort of independent content as incentive to drive boutique sales. (Having the number of limited editions games like Call of Duty offer feels increasingly like the sort of suspect practice comics publishers engage in when wrapping half a dozen variant covers around identical content.) It’s also important to bear in mind that the entry priced enthusiast “Legacy” edition was $79.99. Call of Duty: Infinite Warfare standalone was $59.99, thus charging $39.99 for Call of Duty: Modern Warfare Remastered standalone, if your goal is to own both games, is in fact a $20 price hike.

Activison’s next tentpole Call of Duty, which transpires during World War II for the first time in a decade, is out November 3. 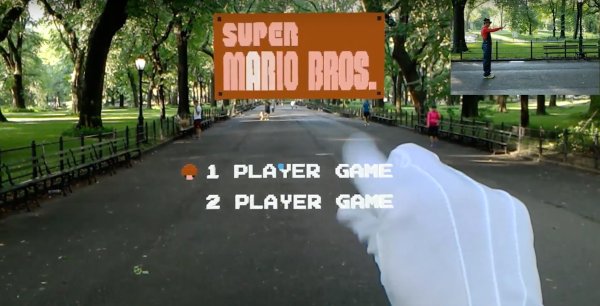 Super Mario In AR Looks Dangerous And Delightful
Next Up: Editor's Pick